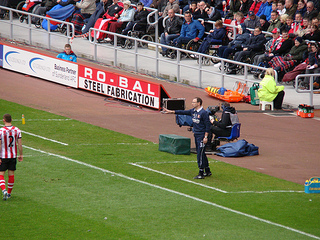 Southampton are still awaiting their first points of the season after Robin Van Persie’s match-winning hat-trick stole all three points at St Marys Stadium two weeks ago. Both Manchester City and Manchester United will be hoping to keep the pressure on early leaders Chelsea, whilst Tottenham and Liverpool go in search of their first win.

The biggest gamble of the Premier League season sees Liverpool take on Sunderland at the Stadium of Light.

Both sides are yet to record victory, but Martin O’Neill’s side are widely expected to come away with a result and compound Liverpool to defeat on Saturday.

Sunderland splashed the cash before the transfer window shut spending eight figure sums on Wolves striker Steven Fletcher and Manchester City and England winger Adam Johnson. Fletcher immediately started repaying some of his transfer fee with a point-saving brace against Swansea and should lead the line again on Saturday. Johnson missed England’s World Cup qualifiers with a thigh injury and may miss out, but Danny Rose could make his debut for the Black Cats this weekend.

Liverpool have made their worst start for 50 years so Joe Allen’s recovery from illness will be a welcome addition for Brendan Rodgers. Loanee Nuri Sahin will be hoping for an improved performance following his debut against Arsenal at Anfield.

Goals remain a real concern for Liverpool following the club’s failure to bring in a much needed third striker, whilst the manager’s reshaping of the club’s footballing philosophy appears to be having teething problems with a number of costly individual mistakes having been made this season.

Liverpool have been the losing side on two of their last three visits to the Stadium of Light and the Reds could be in for a difficult afternoon against Sunderland.