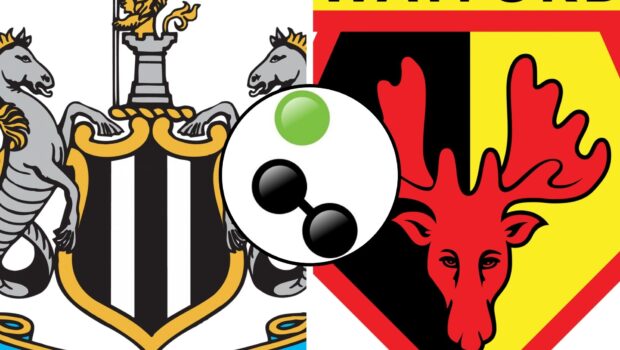 Weekend Premier League action is back on the cards and Sportingly Better brings you FREE betting tips from a fixture that could have a big impact in the fight for survival.

We’ve teamed up with BetUS to bring you the odds for this weekend. Get a 125% sign up bonus when you sign up today!*

Newcastle’s new owners continue to splash the cash as they desperately try to avoid relegation.

Kiwi striker Chris Wood is reportedly set to move to Tyneside, joining Kieran Trippier who arrived earlier in the month. Wood’s arrival will plug the hole left by Callum Wilson, who has been ruled out with a calf injury for two months.

The addition from a relegation rival will be welcomed by Eddie Howe as he looks to climb the table above those teams around them, starting with Watford at the weekend.

The Hornets come into this fixture having lost their last six league games and seven in all competitions.

The appointment of Claudio Ranieri has not gone to plan, with Watford winning just two of eleven (2-0-9) in the league since the Italian took charge. Those are worrying numbers in a relegation battle, and reports are beginning to surface about Ranieri’s future.

Can We Expect Goals?

Both sides have shown clear vulnerability at the back with Newcastle concedeing 42 times and Watford 36.

Those numbers are reflected in the goals market where the bookies have the over/under 2.5 total goals favouring the over. But a deeper dive shows that trend doesn’t translate through to games between bottom third placed sides (14th-20th).

In five games against bottom third opponents, the Magpies have seen just one go over 2.5. For Watford in those same games, we see two of five go over.

Looking at the market for both teams to score, the opposite applies in those games with Newcastle seeing BTTS land in four of five, and Watford three of five.

The bookies have priced up Yes on BTTS at around 1.67 which is a bit short for our liking as a single.

Which Way Will the Game Go?

It’s difficult to decide which team has the advantage at first glance, with poor results prominent amongst recent results for both sides.

We mentioned the Hornets poor run while Newcastle have tasted defeat more often than not in recent weeks. When we look again to those games between bottom third sides we find Newcastle are unbeaten (1-0-4) and Watford have picked up the same number of points as their opponents (2-1-2).

A draw would not be a surprise, but if we had to pick a winner, it’s the home advantage of 50,000 fans desperate to see their team survive and kick on towards better times that sways us.