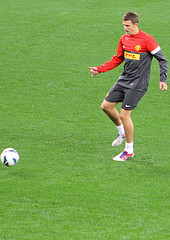 Aston Villa and Southampton will be hoping to put their first points on the board this season, whilst Arsenal are yet to find the back of the net without Robin Van Persie. Champions Manchester City host QPR in a repeat of the climatic end-of-season finale, whilst Liverpool welcome Arsenal to Anfield. Sportingly Better takes a look at the betting action this weekend including Manchester United’s trip to the south coast.

Aston Villa’s dreadful start to the season may be boosted by some deadline day arrivals, but the Midlands club face a daunting trip to the Sports Direct Arena on Sunday.

Richard Dunne has been ruled out, whilst Gabby Agbonlahor will likely have to make do with a place on the bench after his return from injury. Paul Lambert could drop Shay Given in goal against his old club after less than encouraging displays this season, whilst the inexperience of Lichaj, Baker and Lowton could be telling against Demba Ba, Hatem Ben Arfa and Papiss Cisse in the Newcastle attack.

Newcastle scraped through their Europa League qualifying round against Atromitos on Thursday with a deflected Haris Vuckic goal the difference between the two sides. Just four of the side who started against Chelsea last weekend featured midweek and the hangover from Europe should be minimal for the Magpies.

Newcastle have a strong record at the Sports Direct Arena, winning eight of their last 11 games. Head to head and the Magpies have won six and lost just once in 11 games against Aston Villa and Alan Pardew’s side should compound the early season misery on Paul Lambert.

Manchester United held on to their first three points of the season last weekend after a hard-fought victory over Fulham. Summer signings Shinji Kagawa and Robin Van Persie were on the score-sheet and both recruits look set to be named in Sir Alex Ferguson’s starting line-up on Sunday.

Smalling, Jones and Ferdinand all remain sidelined for the Red Devils, meaning Michael Carrick may again be asked to fill in at centre-half, although Ferguson is believed to be considering moving Patrice Evra into the centre and handing a debut to Dutch left-back Alexander Buttner. Young and Rooney are both injured so Nani may get another chance to impress in midfield after his disappointing turnout against Fulham last weekend.

Southampton are yet to get off the mark in the Premier League and were disappointing in the 2-0 home defeat by Wigan. The impending arrival of Gaston Ramirez will certainly create a much needed buzz around the St Marys Stadium, but it is the back-line that is the worry with five goals conceded in two games.

This fixture has been historically full of goes and Manchester United will need to go all out for the win with rivals Manchester City playing 24 hours before in the Barclays Premier League.