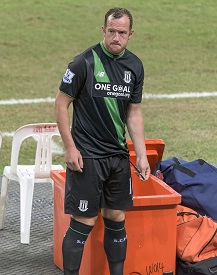 A win for Arsenal away at Watford and goals in the match between Southampton and Leicester at St Mary’s Stadium last weekend saw our Premier League tips return a healthy profit.

This week our Premier League tips come from the Brittania Stadium as in-form Stoke host Watford and from the south coast as Bournemouth take on Tottenham.

Mark Hughes is starting to see his summer recruits gel after four wins on the bounce with their latest victory coming on Monday night against Swansea City at the Liberty Stadium.

It would’ve been particularly pleasing for Hughes who has endured a frosty relationship with Garry Monk when a controversial penalty for Victor Moses handed Stoke the victory last year and it was again a penalty that decided proceedings.

Opponents Watford have had a busy summer of transition, but have performed relatively admirably, especially at the beginning part of the season.

Stoke have won four games on the bounce and the improved showings from Xherdan Shaqiri and Bojan should see another victory for Mark Hughes’ side this weekend.

Bournemouth have been extremely unfortunate with the amount of injuries they’ve been struck with and to key players as well.

Callum Wilson, Tyrone Mings and Max Gradel would be virtually guaranteed first teem regulars, but long term injuries have kept all three players kept out for the majority of the season.

Tottenham aren’t quite getting the same performances out of Harry Kane this year, but it may be a question of time until the Spurs striker starts hitting the back of the net with frequent regularity.

One aspect of Tottenham’s campaign they’ll be happy with is the Europa League where they commonly return to Premier League action and struggle but that hasn’t been the case this season where they’ve enjoyed positive results after beating Qarabag and Monaco.

Hosts Bournemouth were hammered at the weekend by a weakened Manchester City  line-up and that puncture in confidence may well roll over to the Cherries this weekend.