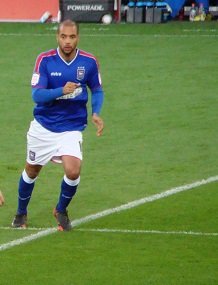 Selections from the English Football League make up the best bets for this weekend’s football accumulator tips on Sportingly Better, returning odds of 7.89 on the treble.

Ipswich will be hoping to build on their encouraging performance from last weekend at the Madejski Stadium, with a win against Millwall on Tuesday.

The Tractor Boys have recruited well over the summer with Christophe Berra and Paul Anderson adding some much needed quality and experience to Mick McCarthy’s side.

Ipswich have kept six clean sheets in their last nine games at home. Back Ipswich ‘Yes’ on the clean sheet market at 2.62.

Opponents Millwall continue to struggle for goals, despite the likes of Steve Morison, Andy Keogh and Scott McDonald all being available at the club.

Favourites Ipswich will be looking to pick up their first points of the season at Portman Road on Saturday and Mick McCarthy’s men should have too much quality for Steve Lomas’ side.

Last weekend’s stunning 5-1 victory over Carlisle left Leyton Orient top of League One and Russell Slade’s side will be hoping to make it two wins out of two on Saturday, with Shrewsbury the visitors to the Matchroom Stadium.

The O’s seem to carry a real goal threat going forward this season with the width of Mo Odubajo and Dean Cox likely to cause many teams problems.

Visitors Shrewsbury had only one recognised forward last weekend, but the loan arrival of Aston Villa striker Graham Burke should offer the Shropshire based outfit some hope.

Hosts Leyton Orient will be in high spirits following their opening thrashing of Carlisle and Russell Slade’s side look to have too much in attack for Graham Turner’s well organised side.

Pre-season favourites Portsmouth got their League Two campaign off to a disastrous start last weekend with a 4-1 defeat against Oxford at Fratton Park.

Guy Whittingham’s side kept proceedings a bit more respectable during the first round of the Capital One Cup, with a 1-0 defeat to rivals Bournemouth, but the south coast club will have to be more adventurous on Saturday if they are going to get their league season off to a more encouraging start.

Hosts Accrington put to bed their opening 4-1 defeat to newly-promoted Newport by knocking out Championship side Middlesbrough during the week in the cup.

Accrington manager James Beattie appears to be quite cavalier and gung-ho in his tactics and with both sides desperate to get some points on the board, expect plenty of goals at Crown Ground.

Betting Accumulator Odds – 7.89 (wins for both Ipswich Town and Leyton Orient, plus three or more goals in the Accrington Stanley v Portsmouth match)