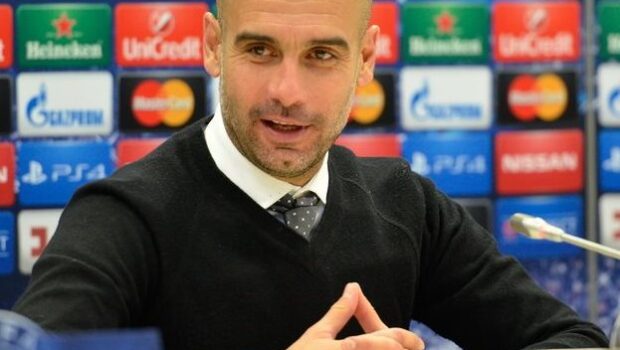 The Premier League action continues this weekend and Sportingly Better takes a look at accumulator betting odds for matchday 21.

Before we get to the tips, let’s take a look back at our last acca from matchday 19. We backed both Leicester and Tottenham to win at 1.75 and 1.60 respectively. Both results came in as each team won by two goals. Our final bet in the accumulator saw us back the over 2.5 goals for Leeds United v Brighton. Despite a positive start with the Seagulls hitting the lead in the 17th minute, that was the end of the goals.

So not the result we were after there, but still a great weekend of football action. And remember to always be gamble aware, only bet what you can afford, and take a break if you’ve had enough.

Now onto this weeks tips!

Manchester City sit once again at the top of the Premier League Table after their 5-0 win over West Brom last time out.

Pep Guardiola’s men have won 11 straight fixtures in all competitions, while their unbeaten run stretches back 18 games. After all but being out of the title race at this point last season, City now look to go four points clear at the top.

Sheffield United picked up a surprise second win of the season on Wednesday night at Old Trafford. Despite their efforts, they sit 10 points adrift of safety and the bookies are giving them no chance in this one.

As if the task wasn’t big enough for The Blades, the Citizens have kept a clean sheet in their last four Premier League fixtures, and have conceded just once in their last 7. It’s hard to see Sheffield getting one past City in this fixture.

Frank Lampard’s status as a club legend wasn’t enough to save his job. He was sacked as manager on Monday after a run of two wins in eight games dropped Chelsea to 9th in the table.

Just 24 hours later, The Blues appointed ex-Dortmund boss Thomas Tuchel on an 18-month deal. The change in the dugout did little to improve their fortunes as they played out a nil-all draw at home to Wolves mid-week.

Now, Tuchel’s side welcome Burnley to Stamford Bridge and the German will be hoping for a statement win from his side.

Despite no love from the bookies, Burnley will fancy themselves a chance to get something out of the game. The Clarets are unbeaten in three fixtures in all competitions and have scored three goals in each of their last two, meaning we should expect to see plenty of goals on Sunday.

For our last leg we take a look at an intriguing fixture at London Stadium.

Liverpool finally stopped the rot Thursday night with a 3-1 win away to Spurs. And the Reds will be hoping the goals keep flowing as they travel across the Capital.

The Hammers meanwhile are enjoying a resurgence this season and find themselves 5th in the table, just two points behind their opponents. They’ve won four straight in the league and are unbeaten in 6. A win here would see them leapfrog the visitors into the top four.

Unfortunately for West Ham, they’ve not beaten Liverpool in their last 9 Premier League meetings, dating back to 2016. The champions are odds on to extend that run to 10.