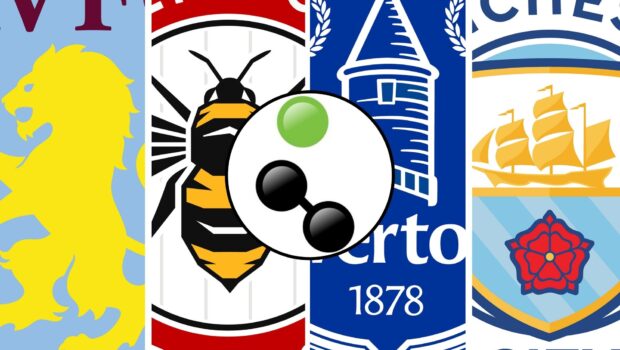 Week two of the new Premier League season is here and Sportingly Better brings you free accumulator tips from the 3pm games on Saturday.

Fans return to Villa Park Saturday with the home team looking to get their season up and running after a 3-2 away loss to Watford last weekend.

Villa have been widely tipped to improve on last season’s 11th place finish, perhaps even more so following the departure of captain Jack Grealish to Manchester City.

The Villans have recruited well in the summer, bringing in a host of attacking talent to replace the departed Grealish. The arrival of Emiliano Buendía, Leon Bailey, and Danny Ings arguably make Villa a more balanced side going forward.

However, it’s at the back Dean Smith’s side will need to tighten up after Watford hit them on the break repeatedly to go ahead 3-0 last time out. Smith’s men did pull 2 goals back, but it was too late and they can’t afford another slow start here.

The return of 53,000 fans was not enough to see out the result, with the Magpies looking vulnerable and ghosts of seasons past looking to have returned.

Despite a respectable 6-4-9 away record last season, it will be a tough ask for Steve Bruce’s side to get a result away at a packed Villa Park.

Playing their first top flight game in 74 years, the Bees looked every bit a side that could hang with any opponent on their day.

Palace on the other hand began a new era under Patrick Vieira with defeat at Chelsea.

The Eagles offered little going forward and although only one game, concerns about relegation must be very real amongst fans.

Perhaps the return of home support at Selhurst Park will improve Palace’s fortunes but based on both teams opening fixtures, Brentford look a solid option to get something from their first away day.

We head to Elland Road next where Leeds fans will be hoping their team can right the ship after a humiliating defeat to rivals Manchester United last time out.

The Whites were a solid home side last season going 8-5-6. The return of their faithful should provide them with a much needed lift. Likewise, England’s Euro standout Kalvin Phillips will hope to feature from the off to further boost Leeds chances.

It will be a tough ask though given opponents Everton will be full of confidence after a come from behind win to open their season.

The Toffees impressed under new manager Rafa Benitez and their performance will give them plenty of confidence in improving on their 10th place finish from last season.

On top of that, Everton were the 4th best away side last season collecting a superb 37 points on their travels. More than the likes of Liverpool and Chelsea. And with Benitez looking like he’s got his side buying into his philosophy, Everton should expect to pick up a draw here at worst.

Finally, it’s off to the Etihad where champions Manchester City look to bounce back at home after a surprising defeat away at Tottenham.

It’s three straight defeats by 1-0 in competitive games for Pep Guardiola’s side, so a return home to their fans will be a welcome fixture. And in newly promoted opponents Norwich, they must be considered almost sure favourites in this one.

The Canaries were welcomed back to the Premier League with defeat at home to Liverpool and must be wondering what the schedulers have against them with a trip to the champions next.

Although, Norwich and their travelling fans will take confidence in the fact they won this exact fixture two seasons ago, proving anything is possible when it comes to football.

But the Citizens boast an excellent record against newly promoted sides. In the last three seasons they’ve gone 13-3-2, with 12 of those wins coming to nil. Drilling down into home matches, City are 7-1-1 with their opponents failing to score in all 7 wins.

Those insights, combined with the home support and the need to put in a performance to get their title defense going, point us towards a comfortable win for Guardiola’s men.