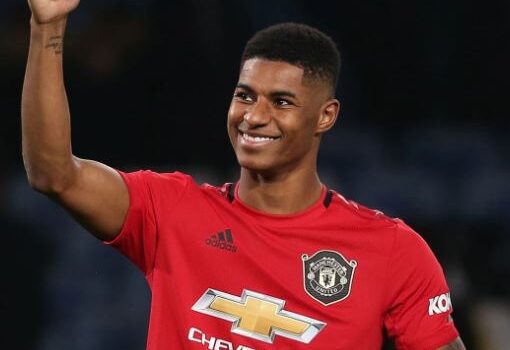 Sportingly Better has your premier leauge tips for this weekend. We’ve picked out an accumulator that features some of the top flight’s biggest clubs, including the mouth watering Chelsea-Man United clash.

Before getting into the tips, let’s look back at the result from last weekends featured game. We picked out the Aston Villa vs Leceister City fixture and backed the Foxes to get the result at Villa Park. Brendan Rodgers men picked up a 2-1 result at 2.40 odds, great value for a side looking firmly entrenched in the top four.

Although 13 fixtures remain, it’s almost inevitable that Pep Guardiola’s men will be crowned champions of England for the third time in the last four years.

Such has been the Citizens dominance, since losing at the Etihad to Leicester by 5-2 in September, City have piled up 13 wins and two draws in 15 home fixtures in all competitions. And they’ve conceded just three times to further underline their credentials as not only Englands best team, but perhaps one of the best in Europe.

The Hammers have won 22 points so far in 2021, second only to their opponents. Their form has been good enough to see them move into the top four, collecting seven wins from nine fixtures. Impressive considering they didn’t pick up their seventh win until their 23rd match in 2020.

Despite West Ham’s form, the bookies aren’t showing them any love. David Moyes’ men are at a massive 12.00 odds at the time of writing. It’s no wonder when you consider City are unbeaten in their last 10 league meetings with West Ham having picked up eight wins and two draws.

We look to the Asian Handicap market to find some value for Man City in the acca.

It’s hard to remember Spurs looking like title contenders earlier in the season. Their patchy form has seen them slide right out of the top four into 9th. They’ve lost five of their last six league games which is more than they had dropped in their previous 28 in the competition.

A visit from 15th placed Burnley will be a welcome sight for Jose Mourinho’s men. Tottenham’s 10 Premier League wins this season have come against opponents with an average position of 15th in the table on the day of the game.

Burnley won’t completely roll over and will be bouyed by the fact they’ve won four of their last six league games in London, more than their previous 35 in the top flight.

Spurs need a result here if they’ve got any hope of rescuing a spot in Europe next season. We fancy them to get the job done.

A tantalising fixture between the 2nd placed Red Devils and 5th placed Blues. This one has cracker written all over it!

History suggests this fixture could go either way in terms of goals. Five of their last 10 meetings in all competitions have produced under 2.5 goals, while both teams have scored in five of those 10 also.

Chelsea were beaten 2-0 in the exact fixture last season and they haven’t lost consecutive home games against United since October 1995.

In contrast, the Red Devils have won their last three away games against the Blues in all competition. However, they’ve never won four in a row away to Chelsea.

Look for both Thomas Tuchel and Ole Gunner Solskjaer’s sides to find the back of the net in this one as they cling to the hope of catching rivals Man City at the summit.