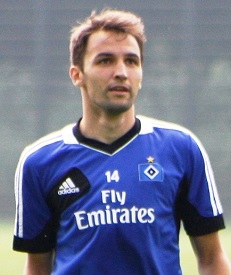 Barcelona’s failure to get in front before the break at the Nou Camp ended our betting accumulator early on Friday, but if you followed our accumulator bets from the start of the season then you will have almost doubled your money.

Selections from the Championship and Bundesliga make up the bets for this weekend’s football accumulator tips on Sportingly Better, returning odds of 4.57.

Derby County will be looking to bounce back from their defeat at Loftus Road, with Sheffield Wednesday the visitors to Pride Park on Saturday.

The Rams have won just once at home in the Championship all season and the club’s failure to pick up a clean sheet in the East Midlands will need to be addressed if Steve McClaren’s new side are to challenge for a play-off place.

Opponents Sheffield Wednesday picked up their first win of the season last weekend, courtesy of a 5-2 victory over Reading that lifted the Owls out of the relegation zone.

Sheffield Wednesday have scored in all but one of their Championship games this season and the hosts lack of shut-outs should see both sides finding the net this weekend.

Niklas Sule’s first half opener against Bayern Munich last weekend maintained Hoffenheim’s record of scoring in every match this season, as Markus Gisdol’s side suffered their fourth defeat of the season.

Goals from Anthony Modeste, Kevin Volland and Roberto Firmino have lighted up Hoff’s entertaining start to the season, with all 11 of Hoffenheim’s games in the league finishing with three goals or more.

Opponents Hertha Berlin slipped to a second consecutive defeat in the Bundesliga, as goals from Adam Szalai and Julian Draxler gave Schalke a 2-0 win.

Hertha Berlin have failed to keep a clean sheet away from home all season and Markus Gisdol’s attack-minded side should see entertainers Hoffenheim score again on Saturday.

Bayer Leverkusen suffered a blow to their title hopes last weekend, as bottom side Eintracht Braunschweig secured a surprise 1-0 victory.

Sami Hyypia’s decision to rotate his side somewhat backfired, but five wins out of six games at the BayArena suggest the home side are the most likely team to come out on top on Saturday.

Opponents Hamburg lost their first game in over five matches last weekend, as Borussia Monchengladbach secured a 2-0 victory at the Imtech Arena.

Hamburg have scored more goals away from home than any other side in the Bundesliga and Bert van Marwijk’s side look likely to score again on their travels this weekend.

Betting Accumulator Odds – 4.57 (both Derby and Sheffield Wednesday to score, three or more goals in the Hoffenheim v Hertha Berlin match and both teams to score in the Bayer Leverkusen v Hamburg match)