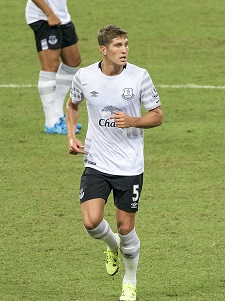 Selections from the Premier League and the Championship make up the bets for this weekend’s football accumulator tips on Sportingly Better, returning odds of 11.39.

Premier League newcomers Bournemouth will be looking to get maiden Premier League campaign off to a dream start, with victory over Aston Villa on Saturday.

Eddie Howe’s side scored 98 goals in 2014/2015, with only MK Dons scoring more goals than the Cherries in any of the top four divisions in England.

Visitors Aston Villa may have lost star striker Christian Benteke to Liverpool over the summer, but the squad overhaul being undertaken by manager Tim Sherwood leaves the Midland’s club with plenty of promise to show no fear this season.

Aston Villa are looking for a third opening day win in a row, but the smart selection would be in backing both teams to score on Saturday at the Vitality Stadium.

Hull will be looking to bounce back to the Premier League at the first time of asking, with an opening day win against Huddersfield at the KC Stadium.

Manager Steve Bruce has injected fresh blood into his side with the likes of Ryan Taylor and Moses Odubajo two new faces added for the Tigers, but the loan arrival of Chuba Akpom could prove fruitful after an impressive few games for parent club Arsenal during pre-season.

Hosts Hull have a dreadful opening day record, but the Tigers strong head-to-head record against the Terriers should see Steve Bruce’s side pick up all three points against Huddersfield on Saturday.

Everton will be hoping for improved fortunes this season after a disappointing campaign last time out.

Roberto Martinez has recruited crowd favourite Gerard Deulofeu back to Goodison Park, but the La Masia graduate remains an injury doubt going into this game.

Opponents Watford have as many as ten new signings to fit into their plans this season, but Hornets striker Troy Deeney remains one to watch for the London club.

Everton have won their last nine games against Watford in all competitions and the Toffees looke well poised to make it a tenth consecutive win, despite a rafter of injuries this weekend.

Accumulator Bet 3
Everton to win AND Both Teams to Score @3.60