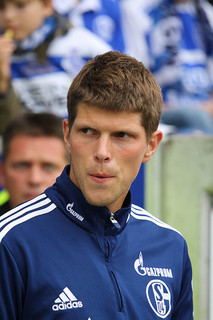 Last weekend’s accumulator bet saw us move back into double-digit profit on our accumulator betting tips this season, as a win for Schalke and goals in the Napoli v AC Milan match saw us return the acca at odds of 4.56.

Selections from the Football League, FA Cup and Bundesliga make up the bets for this weekend’s football accumulator tips on Sportingly Better, returning odds of 5.42.

Wolves will be eager to maintain their promotion chase, after seeing last weekend’s game with Stevenage called off.

Kenny Jackett’s side have won each of their last four matches in League One and although the club have continued to extend their fine defensive record in the division, it’s the recent run of goals from Nouha Dicko and Kevin McDonald that has begun to catch the eye.

Opponents Notts County moved to within one point of safety on Saturday, as Keith Curle’s side picked up a comfortable 3-0 victory over Coventry.

The visitors have lost 12 of their 16 matches on the road this season, but the free transfer capture of former Huddersfield striker James Spencer until the end of the season could prove crucial for the Magpies.

Wolves have won six of their last seven meetings against Notts County in all competitions and although the hosts have not played a match in over a fortnight, Kenny Jackett’s side should pick up another three points to keep the pressure on league leaders Brentford.

Goals from Jefferson Farfan and Max Meyer earned Schalke an impressive victory over Hannover last time out, as Jens Keller’s side continued their fine run of form in the Bundesliga.

Schalke have won five of their last seven matches in the Bundesliga to make a real charge on the Champions League places, whilst a total of five clean sheets in that run illustrates die Konigsblauen’s growing maturity.

Opponents Bayer Leverkusen have picked up back-to-back wins over Stuttgart and Monchengladbach to maintain their four-point cushion over Borussia Dortmund, but Sami Hyypia’s side remain an unassailable 13 points behind runaway leaders Bayer Munich.

Bayer were dumped out of the DFB Pokal by second division side Kaiserslautern on Wednesday, but the hosts do have a fine record at home in the Bundesliga this season after winning eight of their opening 10 matches in the league.

Schalke could welcome back Julian Draxler to the side and the in-form visitors look set to continue their impressive run of form on Saturday.

Sheffield Wednesday will be looking to bounce back from their midweek defeat at home to Wigan, with Charlton the visitors to Hillsborough in the FA Cup this weekend.

The defeat on Wednesday was Stuart Gray’s first in charge of the club, with the Owls having lost just one of their last 12 matches in all competitions.

Opponents Charlton have lost four games on the bounce, but despite the glamour of this fixture, it’s Championship survival that will be the priority for coach Chris Powell and the Owls should get back to winning ways against the Addicks on Saturday.

Betting Accumulator Odds – 5.42 (wins for Wolves and Sheffield Wednesday as well as Schalke to avoid defeat against Bayer Leverkusen)