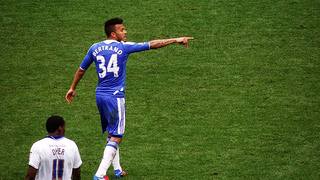 With cup action dominating the domestic calendar this weekend, Sportingly Better picks out a 103/25 treble covering Serie A, League One and the FA Cup.

Our football accumulator tips includes two home wins and one away victory worth odds of 4.12.

Second in Serie A, Lazio will be looking to keep on the tails of runaway leaders Juventus with victory over Cagliari on Saturday.

Opponents Cagliari have lost their last five matches in Serie A and are battling relegation this season. Cagliari have the second worst defensive record in the league.

Klose and Hernanes should show their class against the Rossoblu on Saturday.

Third in League One, Doncaster have tasted defeat just once in the last nine games in the league.

Donny have won six of the last nine games in the league and are battling Tranmere, Sheffield United and Brentford for automatic promotion to the Championship. Billy Paynter starts a ban but Martin Woods, Paul Quinn, Chris Brown and Lee Fowler could all feature.

Doncaster Rovers will be looking to assert their promotion credentials against a relegation-threatened Colchester side this weekend.

New signing Demba Ba may start for Chelsea as Rafael Benitez attempts to navigate the Blues into the fourth round of the FA Cup.

Chelsea’s league aspirations suffered a blow with defeat to bottom side QPR on Wednesday and Benitez will be keen not to make the same mistakes, which cost him the match.

Hosts Southampton’s main goal this term is Premiership survival and manager Nigel Adkins may choose to include a few fringe players in front of the home crowd on Saturday.

Chelsea have won 19 of their last 22 matches in the FA Cup and the Blues should get the job done on the south coast.