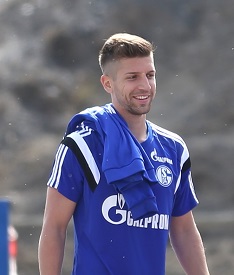 Selections from La Liga, Ligue 1 and the Bundesliga make up the bets in this weekend’s football accumulator on Sportingly Better.

Schalke have lost to rivals Borussia Monchengladbach in the past two games which has seem them lose ground in the Bundesliga and also knocked them out of the DFB Pokal and they’ll be gunning to get back to winning ways when they host Ingolstadt on Saturday.

Ingolstadt have also lost the past two games both by the 1-0 score line and a lack of goals is the immediate concern for the away said who have struggled to make an impact since winning promotion from the second division last season.

This weekend’s game represents Ingolstadt’s first ever trip to Gelsenkirchen and although the match is being billed as a low scoring affair, expect hosts Schalke to come away with the points.

Juventus are struggling immensely this season and have the small matter of a Turin derby this weekend as Torino make the short trip across the city.

Three consecutive clean sheets for Juventus have looked to have steadied the ship, but they lost midweek to Sassuolo and also had Giorgio Chiellini sent off in the process.

Torino are winless in their last four games and are also on a four-game losing streak against their rivals.

Torino sit comfortably in 9th place in the league and will be content with their start to the season in comparison to Juventus who are 12th and in desperate need of climbing up the table.

A win against their neighbours will provide them the lift they need ahead of a vital Champions League match away to Borussia Monchengladbach next week.

Valencia lost ground on the European places with defeat to Atletico Madrid last weekend, but the hosts will hope to bounce back to winning ways when basement side, Levante travel to the Mestalla.

Levante have just six goals and six points from nine La Liga matches this term and the visitors look to be in serious trouble this season.

It got worse for Levante at home to Real Sociedad after a 4-0 loss to condemn the side to yet another defeat.

Levante’s last three away games have all ended in defeat and with Valencia having won three games in a row at the Mestalla, expect another home victory this weekend.