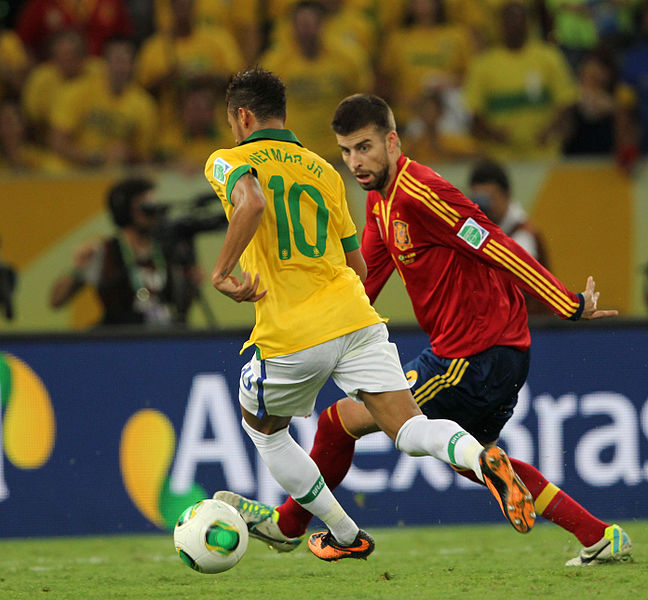 Published on May 28th, 2014 | by Sportingly Better Tipster

Sportingly Better picks out the best World Cup football predictions in Group A, with African side Cameroon likely to fall short once again.

World Cup hosts Brazil lead the betting market in Group A, with the Selecao overwhelming favourites to top the group.

The 2013 Confederations Cup winners picked up convincing wins on home soil enroute to lifting the trophy, with a 4-2 win over Italy, a 2-1 win over Uruguay and a 3-0 win over World champions Spain in the final notable scalps.

The South American side will be led by 2002 World Cup winning coach Luis Felipe Scolari, but all eyes will be on poster boy Neymar, who will likely be picked on the left of a 4-2-3-1 formation.

Deep anchor Luiz Gustavo, formerly of Bayern Munich will allow full backs Dani Alves and Marcelo plenty of freedom to get forward, acting as an auxiliary third centre back when required.

A lack of centre-forward options may perhaps be the hosts only weakness, but striker Fred has scored four goals in seven appearances in 2013 and may be a worthwhile punt as tournament top goalscorer at odds of 31.00.

Brazil have won their last 10 games at home on the bounce and the Selecao look worthy favourites to win Group A in June.

A 2-0 aggregate play-off final victory over Iceland secured Croatia their place in the 2014 World Cup, but an alarming rest of form since June 2013 has raised question marks over the European qualifiers.

Croatia have failed to progress from the group stages at both the 2002 and 2006 World Cup and with leading goalscorer Mario Mandzukic banned for the opening game against Brazil, the second favourites could be a smart bet to lay in Group A.

A final game against Mexico could decide both country’s fate in the Group, with Niko Kovac’s side desperate to qualify into the latter stages of the competition for the first time since 1998.

An Olympic victory in 2012 appears a long way away for El Tricolor, who had to settle for a play-off victory over New Zealand after struggling during qualification.

Manchester United striker Javier Hernandez may look to put himself in the shop window after being overlooked at Old Trafford this season, but manager Miguel Herrera has once again chosen a largely home-based squad for the 2014 FIFA World Cup.

Mexico have qualified for the knockout stages in each of their last five appearances in the competition, with the Central American side having defeated group challengers Croatia in the 2002 World Cup finals.

Africa’s biggest participants at the World Cup finals qualified with relative ease for the 2014 World Cup, but the Indomitable Lions remain overwhelming favourites to finish bottom of the group.

Cameroon have won only one of their last 13 World Cup games, but the experience of Chelsea striker Samuel Eto’o may prove crucial if Volker Finke’s side are to have any success in the competition.

Only once in seven attempts have Cameroon managed to escape the World Cup group stages and the African side look well priced to finish bottom of the table in Group A in June.

Recommended Football Tips
Cameroon to finish bottom of Group A @1.72
Back Brazil/Mexico in the group dual forecast @2.37