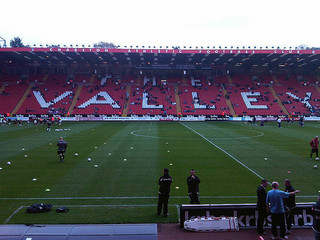 This weekend we take a look at the English Football League with Cardiff City leading the Championship.

The Bluebirds 4-0 victory over Burnley laid down a marker for the rest of the division leaving manager Malky Mackay with a 100% record at the Cardiff City Stadium with seven wins from seven matches.

Darren Ferguson’s Peterborough picked up their second win on the bounce after a 3-0 win over Derby, moving the Posh out of the relegation zone.

Middlesbrough won for the fourth game in a row with a 2-1 victory over Bolton, whilst elsewhere there were further defeats for Bristol City and Ipswich.

Nottingham Forest and Blackburn Rovers picked up valuable wins to maintain their presence in and around the playoff zone.

High-flying Middlesbrough are the visitors to The Valley this weekend as Boro go in search of their fifth win on the bounce.

Eight wins from 13 games has propelled Tony Mowbray’s side to third in the league and the north east club have turned around their form on the road after suffering three straight away defeats earlier on in the season.

Consecutive away victories over Blackburn, Watford and Brighton have reestablished Boro’s promotion hopes, whilst the 1-0 Capital One Cup victory over rivals Sunderland earned Middlesbrough a quarter final tie against Swansea.

Hosts Charlton secured a credible point at Molineux last time out but striker Rob Hulse was guilty of missing chances late on for the Addicks.

That draw in the Black Country extended Charlton’s win-less run to four games and Chris Powell’s side have not won at The Valley since a 2-1 victory against Leicester back in August.

Scoring goals appears to be troublesome for Charlton and the London club are the second lowest scorers in the division.

Middlesbrough have won their last three games against Charlton in all competitions and that run could extend this weekend, particularly with the early return of top goal scorer Lukas Juktiewicz.