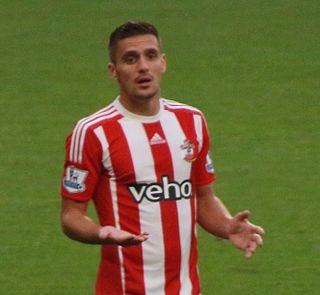 Back Southampton to Finish in the Bottom Half

Saturday’s defeat away at Crystal Palace saw the Saints slip into the bottom half of the Premier League, as the Eagles kept a clean sheet for the first time this season.

SportinglyBetter.com analyses why Southampton’s league struggles may extend into the New Year and why the club are currently a good price to back in the bottom-half betting market.

Just one win in five league games has left the Saints sitting only six points above the relegation zone and despite an enviable run of upcoming fixtures, there are increasingly worrying signs for the south coast side.

Under Claude Puel, Southampton have won just once on the road and had the Saints come away with maximum points in arguably winnable games against Crystal Palace and Hull, then the south coast side would currently sit above Manchester United in the table.

Southampton’s travelling fans, who according to research by Voucherbox have the cheapest away tickets in the Premier League, can at least look forward to another set of winnable games on paper, with trips to Stoke and Bournemouth coming up later in the month.

Should Puel see his poor away league record continue in those matches, then the betting odds on a bottom-half finish could dramatically fall.

Southampton’s defeat at Selhurst Park last weekend was the club’s 22nd match this season and how Puel’s squad will cope with the rigours of the busy festive period could prove pivotal to their end-of-season fortune.

Southampton made seven changes against Crystal Palace from the side that beat Arsenal at the Emirates Stadium last week and some poor marking and lack of concentration allowed the Eagles to score twice from close range.

The club have a total of 14 fixtures to contend with over the next two months and if last weekend’s showing at Crystal Palace is anything to go by, the club could struggle to cope with those demands.

Southampton’s poor showing in attack was evident to see last time out, with the club failing to significantly test Wayne Hennessey in the Crystal Palace goal.

That lacklustre output will be of real concern to Claude Puel, with Dusan Tadic also failing to reignite his obvious quality this term compared to his last two campaigns for the club.

Summer signing Sofiane Boufal and wide player Nathan Redmond have both offered glimpses of encouragement, but a consistent lack of guile and creativity will be worrying for the club.

Despite progress in Europe and a semi-final in the EFL Cup to look forward to, Claude Puel has failed to strike the right balance in the Premier League, which has seen the club win just one of their last five matches.

A favourable run of fixtures should offer Puel the chance to push on his developing side up the table, but any more unexpected slip-ups in the Premiership could see Southampton as a good back-to-lay option in the betting markets.

Recommended Football Tips
Back to lay Southampton to finish in the bottom half @4.50