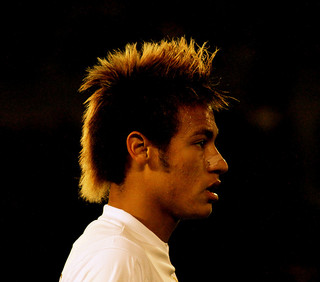 Brazilian sensation Neymar leads the way in the race to become top goalscorer at this summer’s Olympic Games, but the Santos striker faces stiff competition from some of the worlds best attackers including Hulk, Cavani, Suarez and Pato.

Brazilian Neymar is undoubtedly the biggest draw at the London 2012 Olympics and the Santos forward is the bookmaker’s favourite to finish the competition as top goalscorer. Neymar has scored 30 goals in 31 games competitively for Santos in 2012 and the much-coveted forward has held his own on the international stage scoring nine goals in  18 caps for the Selecao. With Egypt, Belarus and New Zealand, Brazil’s Group C opponents, Neymar has plenty of opportunity to get in front of his Olympic rivals. Neymar should also find himself on penalty duties for Brazil during the Olympic games.

Second favourite Hulk has arguably the finest pedigree in Europe, and the Porto striker has been strongly linked with a move to the Premier League. Hulk has scored 57 goals in the last two seasons for Porto including 12 in Europe, but the striker’s international record is less than impressive with just three goals in 13 appearances. Selected as one of Brazil’s over-23 selections, Hulk should feature predominantly in an attacking Brazil side.

Arsenal and Tottenham target Adrian is Spain’s leading attacker at the Olympics with Juan Mata and Iker Munian likely to provide the support. Adrian Lopez has a modest return in La Liga scoring seven goals for Atletico Madrid last season and a similar number of goals for Deportivo in the 2010-2011 season. Adrian has been capped twice by Spain, but the striker appears to be one selection to swerve despite Spain facing Japan, Honduras and Morocco in Group D.

Uruguay’s Edinson Cavani is another who has caught the eye during the transfer window with both Chelsea and Manchester City interested in the Napoli striker. Cavani is one of Uruguay’s over-23 selections, with the striker bagging 11 goals in 40 games for La Celeste since 2008. Cavani represents a better opportunity to be Uruguay’s top goalscorer despite an inferior international record to Liverpool’s Luis Suarez, with the Napoli forward having scored 33 goals for each of the last two seasons.

Backed in from 34.00, Fabian has excelled on the international stage over the last 12 months. Fabian has scored 13 goals in 12 appearances at U23 level, with the Chivas striker also ending up the top scorer at the Toulon tournament. Fabian also topped the charts during the qualifying stages of the Olympics and the striker seems a good each-way selection with Mexico coming up against South Korea, Gabon and Switzerland in Group B.