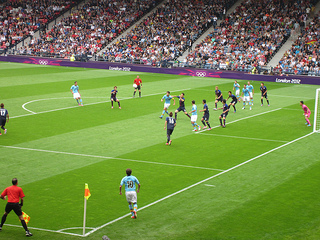 The opening group games at the Olympics brought about an early shock with second favourites Spain losing to Japan. Favourites Brazil held off a fightback by Egypt after racing to a 3-0 lead, whilst fellow South American’s Uruguay came from behind to beat UAE thanks to a brilliantly struck free-kick from Gaston Ramirez.

Mexico began their campaign in Group B with a goalless draw against South Korea. Raul Jimenez hit the post late on and Marco Fabian missed a glorious chance in a host of opportunities for the Mexicans in the second half. Tottenham’s Giovanni Dos Santos impressed after coming on as substitute and is pushing for a starting place against Gabon this time around.

Gabon played out an entertaining 1-1 draw against Switzerland with St Etienne’s forward Pierre-Emerick Aubameyang scoring on Thursday. Gabon looked susceptible in defence against the Swiss and if Mexico possess a more clinical eye for goal up front then El Tricolor should come away with a priceless victory going into the final game of Group B.

Stuart Pearce will need to ring the changes with a crucial match against the UAE on the horizon. Chelsea’s Daniel Sturridge looks to still be struggling the effects of his recent illness, whilst Craig Bellamy and Joe Allen picked up knocks against a very physical Senegalese outfit. Arsenal’s Aaron Ramsey may have earned a start after impressing after coming on as substitute, whilst Swansea’s Scott Sinclair could freshen up the forward line for Team GB.

Despite defeat to Uruguay the United Arab Emirates were impressive in the first half and enjoyed much of the possession and play in the opening 45 minutes. Midfielder Omar Abdulrahman controlled the game from the middle of the park, but Team GB should have enough about them with the home crowd support to scrape a victory on Sunday.