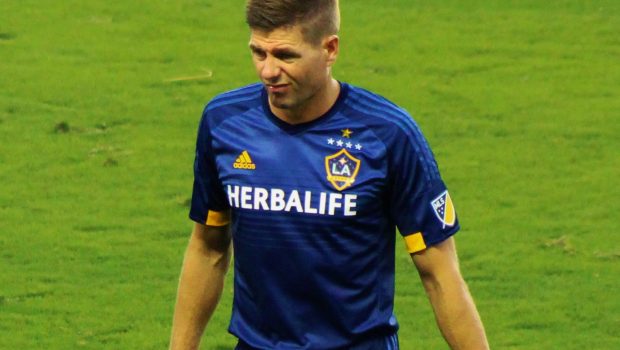 After an 18-month spell with Los Angeles Galaxy, former Liverpool captain Steven Gerrard is considering the next stage of his career after announcing he will be leaving the MLS side.

Sportingly Better analyses the next and possibly last destination for the former England international.

Currently the second favourite in the betting markets, Scottish side Celtic are largely considered front runners along with Liverpool, despite manager Brendan Rodgers being unsure where the speculation has come from.

Rodgers enjoyed a strong relationship with Gerrard during his time at Anfield and a move to the Scottish league leaders who sit 10 points clear in the table holds obvious appeal.

Opting for Celtic will ensure Gerrard would not be able to play against Liverpool domestically; a desire that the Reds icon would be keen on fulfilling.

Rodgers has been reunited with Scott Sinclair, Dorus de Vries and Kolo Toure since arriving in Glasgow and a move to secure Gerrard’s services in a continued and obvious period of dominance for Celtic is likely to hold some sway.

A route into player-coaching could also be on offer for Gerrard with Rodgers disclosing that there is a “natural look at Celtic because of the size of the club, and it’s a club he admired”.

Gerrard scored just five goals in 34 appearances for the Galaxy and was unable to secure a trophy he publicly set out to secure during his time in America, but a move to Scotland in January could change that very quickly.

Arguably the romantic’s choice, a return to the Kop in a playing capacity does look a long way-off for the 36-year old.

The Merseyside club have been almost fully transformed under talented manager Jurgen Klopp and although the German coach has already said that Gerrard is “always welcome” back at Anfield, any potential return is likely to be off the pitch.

The midfielder lifted two FA Cups, three League Cups, the UEFA Cup and the Champions League, but such is the demands of the Premier League that Gerrard may have to concede that his playing time at the top-level is over.

Gerrard is currently enrolled in taking his coaching badges and may see that a chance to learn from Klopp at his boyhood club as an ideal testing ground for what is an inevitable journey in his career.

The downside and risk on this bet is that Gerrard could call time on his playing career at any time, so being able to be flexible and oppose the betting slip on mobile markets through the Betfair Android app could be a good strategy to look out for.

Another inevitable option in the betting market given Newcastle’s current manager, Gerrard’s leadership and experience in the dressing room would undoubtedly be valuable assets for a club chasing promotion to the promised land of the Premier League.

Gerrard famously lifted the Champions League with manager Rafa Benitez on an unforgettable night in Instanbul 11 years ago and a short-term contract with Newcastle in January until the end of the season may hold some appeal to the player.

Steven Gerrard has yet to call time on his playing career despite a somewhat disappointing time in the MLS and although a move to the Chinese Super League would be enticing from a monetary point of view, the former England captain does look like having better playing options on the pitch.

Although the romance in a return to Liverpool and the reunion with Rafa Benitez are likely to gain more column inches, the only viable playing option remains a move to Celtic Park.

With the market carrying void bets should Gerrard retire from playing football, back the midfielder now at low stakes to choose Celtic as his next club, in what will be a potential trophy-laden career finale.

Recommended Bets
Back Celtic to be Steven Gerrard’s next club @2.75