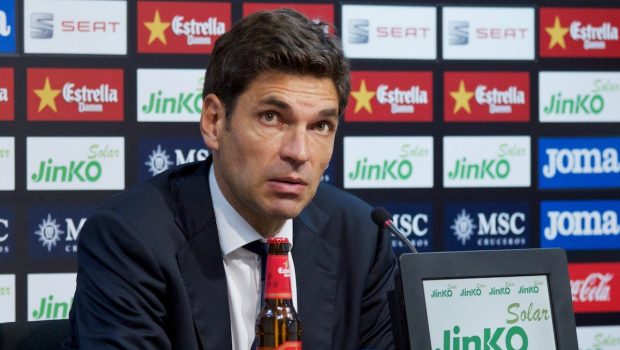 Sam Allardyce’s somewhat surprise decision to leave Crystal Palace at the end of the season due to personal reasons has left the club seeking a new manager to take the helm.

Sportingly Better takes a look at the most likely candidates to succeed Big Sam at Selhurst Park, with current Burnley boss Sean Dyche the bookmakers favourite in the next permanent manager market.

A flurry of bets over the weekend has made Dyche the overwhelming favourite, with football betting odds of 1.80 currently.

The emergence of former Manchester United apprentices and current England internationals Tom Heaton and Michael Keane has highlighted the growing developmental work that Dyche is undertaking at Turf Moor.

Crystal Palace chairman Steve Parish has talked about bringing in a manager who can “build the club up” with a long-term vision at Selhurst Park and Dyche’s five years of leadership and stability in establishing Burnley certainly ticks alongside that.

Parish has not committed to a certain playing style that is needed at the club, which could also spell good news for Dyche in the betting market with the club not looking for a manager who see’s the club as a stepping stone; an announcement that again would favour Dyche becoming manager.

Dyche’s release clause is rumoured to be just £1 million and with the manager eyeing a move back south, the fit continues to be telling in the betting market.

Former Bayer Leverkusen manager Roger Schmidt is rumoured to have been on the Eagles shortlist since it was drawn up, but the head coach has drifted out to fifth favourite currently in the betting market.

The manager carries Champions League football experience with Leverkusen, but Schmidt undoubtedly made his mark at Red Bull Salzburg playing an attractive and high-pressing style of football that is expected to interest Parish should the penchant be for a more flattering style of play.

The stumbling block however could be Schmidt’s current situation. Out of work he may be, but the continued severance pay from Leverkusen could leave the manager having to take a pay cut in order to join the Eagles.

Pellegrino does have coaching experience of English football as a number two at Liverpool and the former defender is rated increasingly highly on the continent.

A move to Selhurst Park could be the “stepping stone” that Parish was keen to avoid with his new recruit, but Pellegrino does represent a progressive and continental choice that could take the Eagles forward at least in the interim.

Former England manager Roy Hodgson has been out of work since retiring as Three Lions boss following the nation’s abject display at the European Championships last summer.

The 69-year old coach carries a wealth of managerial experience, but Parish’s comments about the club building for the long term may not fit Hodgson who is moving into the final pages of his career.

Hodgson has managed Blackburn, Fulham, Liverpool and West Brom in the Premier League and the wily manager would at least bring back a degree of stability in which to build from at Selhurst Park.

Roberto Mancini’s decision to manager Zenit St Petersburg and Marco Silva’s decision to switch to Watford has narrowed the choices in the betting market and after the recent flurry of betting activity, the time is right to make a play on betting on Burnley boss Sean Dyche as the next Eagles boss.

Recommended Football Tips
Back Sean Dyche to be the next Crystal Palace manager @1.80