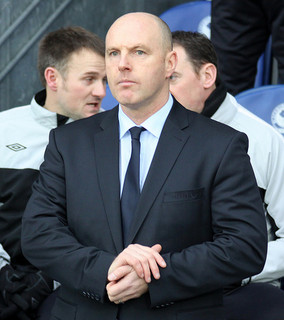 Steve Kean’s resignation brought an end to a turbulent reign at Blackburn, describing his position at the club as “untenable”.

Blackburn’s standing in the Championship will undoubtedly interest plenty of managers with Managing Director Derek Shaw confirming there have been 20 “good” applications for the post. Shaw went further by declaring that club favourite Alan Shearer has all the credentials to be considered for the managerial vacancy.

Shearer’s appointment would prove popular in the wake of dwindling attendances at Ewood Park, but the lack of experience and the failure to keep Newcastle in the Premier League in 2009 are negatives against the former England striker. Shearer himself said he “would speak” to the club, although he has yet to be contacted.

Tim Sherwood remains an iconic figure in Blackburn after captaining the Lancashire side to the Premiership title in 1995. Sherwood is currently employed as coach at Tottenham Hotspur after being recruited by former manager Harry Redknapp in 2008.

Both Shearer and Sherwood’s appointments would be a huge gamble by the Venky’s, with both candidates inexperienced options. After the unpopularity of Steve Kean, the return of an Ewood Park favourite would certainly appease the fans with Blackburn currently sliding down the table under caretaker Eric Black.

Roy Keane also appears to be in the frame after rejecting a £1.4 million a year contract at Turkish side Kasimpasa due to family reasons. The Irishman is keen to remain in the north west, fuelling speculation for the vacant Blackburn and Bolton jobs.

Ole Gunnar Solskjaer remains fourth favourite for the post, despite not being contacted by the club. After rejecting overtures from Aston Villa in the summer, the ambitious Norwegian manager appears to be holding out for a much more prestigious opportunity in England. Fellow countryman Henning Berg, another Ewood Park favourite, also remains an option.

Former Wolves manager Mick McCarthy  knows all about life in the Championship after guiding both Sunderland and Wolves to the Championship title. McCarthy turned down the opportunity to manager Nottingham Forest just over three months ago, telling the Irish Independent that “the primary reason (for turning down Forest) is that I want to get a job in the Premier League”.

Blackburn are seemingly in no rush to announce an appointment  according to Global Advisor Shebby Singh, but the likelihood is that an Ewood Park favourite will take the hot seat sooner rather than later.