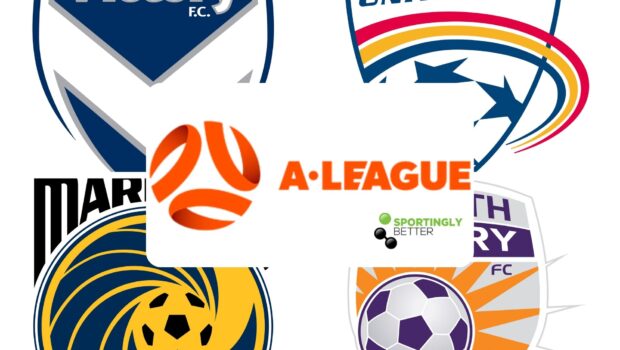 Action continues this weekend in Australia and Sportingly Better brings you A-League betting tips from two of the round’s fixtures.

Victory are coming off a humiliating derby loss last time out but perhaps surprisingly, sit as the bookies favourite in this one. We backed their derby demise, but not many would have seen a 6-0 score line coming. The result leaves them firmly at the bottom of the table and you have to wonder how this proud club will react.

Adelaide meanwhile picked up a deserved win and all three points in last Friday’s fixture. The result sees them remain right in the middle of a congested top six. Just two points separate second from sixth. The Reds will need to continue their three match winning run to keep pace with the playoff spots.

The reverse fixture saw Adelaide claim a narrow 1-0 win back in January and we’re backing more of the same in this one.

That means we see value in backing the unders when it comes to goals. Despite over 2.5 goals landing in Adelaide’s last six outings, they do tend to score less when away from Coopers Stadium. Melbourne’s home form has been patchy at best and we expect them to come up short again in front of goal.

It’s time to take the table topping Mariners seriously. Victory over second placed Macarthur on Monday saw them open up a seven point gap at the top. Matt Simon just can’t stop scoring, while youngster Matthew Hatch recorded the fastest ever A-League goal on debut to seal the win.

Perth on the other hand travel back up the east coast after failing to score for the first time this season. This despite dominating possession and registering 21 shots, nine on target. Keeping the ball out of their own net remains their biggest challenge.

The over 2.5 goals has landed in all of Glory’s eight games so far. They may not be fancied to win in this one, but they can be expected to convert some chances again. Their opponents have seen their fair share of goals as well, with the overs landing in five of the Mariners last seven.

Central Coast bagged all three points when these sides met in Perth less than two weeks ago. The Mariners have yet to draw a game this season and they’ve won five of their last six. We’re looking for them to continue their magical run.