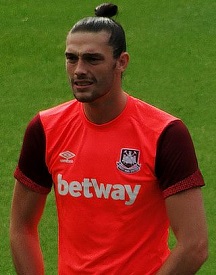 Southampton’s Saido Mane bagged himself a hat-trick as the Saints crushed Manchester City 4-2 on Sunday to dent their claims of a top-four finish.

Arguably the signing of the season, West Ham talent Dimitri Payet will be looking to help his side extend their 10-game unbeaten run as the Hammers chase down a Champions League place.

The France international will look to add to his returns of 9 Premier League goals and 11 assists, with Slaven Bilic’s side facing Swansea at home and Manchester United away in a double gameweek.

The talismanic midfielder has either scored or assisted in seven of his last 10 league appearances for the club and given the motivation of the Hammers, expect Payet to continue playing a pivotal role for the club.

Anthony Martial scored his ninth goal of the season, as Manchester United secured a point against champions in-waiting Leicester City last time out.

Played out wide on the left for much of the campaign, a return of nine goals and five assists will be an encouraging start to his career at Old Trafford and the France international will be striving to hit double figures, with Louis van Gaal’s side facing Norwich and West Ham in Gamweek 37.

One of Martial’s nine goals did come against Norwich in the reverse fixture back in December, in a 2-1 defeat at Carrow Road and the highly-rated teenager will be eager to add to his tally, with Manchester United chasing a top-four finish.

Highlighted last week as a potential transfer choice for this gameweek in-mind, West Ham striker Andy Carroll picked up an assist as the Hammers comfortably dispatched West Brom 3-0 at the Hawthorns.

The former Newcastle striker will look to continue his late goalscoring run, which has seen the powerful attacker bag seven goals in his last seven appearances for the club.

Slaven Bilic’s side will be looking to extend their 10-match unbeaten run and given the fact that West Ham face both Swansea and Manchester United, the Premier League’s most in-form striker remains a solid option as a third-attacker this weekend.

It’s been a case of “Captain Fantastic” in recent weeks, with Hammer Mark Noble scoring consecutive braces for the club,

The Upton Park outfit will see a lot of movement for their players, with the club featuring twice during Gameweek 37 and given the £5.5m price tag on Noble, expect plenty of transfers in of a solid fifth midfield option.