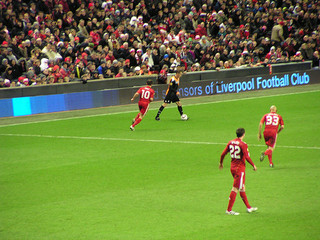 Liverpool and Newcastle will both be hoping to progress through to the group stages of the Europa League this evening, whilst Inter, Marseille, Sporting and Athletic Bilbao are all in action tonight.

Brendan Rodgers has promised to field a strong side for tonight’s Europa League qualifying play-off round second leg against Hearts and the likes of Gerrard, Johnson and Suarez could feature after all three were rested during the first leg in Edinburgh.

Liverpool slumped to a 3-0 defeat by West Brom on the opening day of the season, but the succession of home games will give Rodgers the best chance of building up early momentum for his new side.

The 1-0 victory over Hearts in the first leg was less than convincing, but Liverpool drastically improved their performance last weekend and were unlucky not to secure all three points against champions Manchester City.

Hearts captain Marius Zaliukas could miss the trip to Anfield, but otherwise John McGlynn has a fully fit squad to choose from. Hearts sit fourth in the SPL and played out a 0-0 draw against Aberdeen last time out, but the Scottish hopefuls should find their opportunities limited as Liverpool aim to control the game and keep the ball.

Liverpool should register their fourth successive win to nil in the Europa League this season and secure their place in the group stages of the competition.