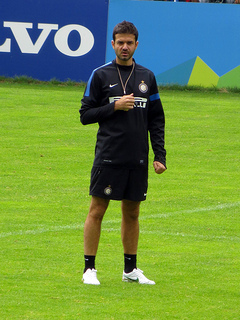 The UEFA Europa League dominates the football calendar today with English sides Newcastle, Chelsea, Liverpool and Tottenham all in action.

Inter Milan’s battle to secure a Champions League place in Serie A might take precedence over the Europa League this season, but manager Andrea Stramaccioni has indicated that he intends to field his strongest side against Cluj tonight.

The Nerazzurri finished runners up to Rubin Kazan in Group H after accumulating 11 points, but Colombian midfielder Fredy Guarin often excelled for the Italian side.

Inter go into Thursday’s game with Cluj on the back of a 3-1 victory over Chievo, which brought the capital side just one point behind Lazio who occupy the final Champions League place.

Stramaccioni’s policy has been to rest the likes of Diego Milito, Javier Zanetti and Walter Gargano so transfer deadline day signing Vladko Kuzmanovic may feature. Young Croatian forward Marko Livaja has scored four goals in six Europa League appearances this season and could be one to watch.

Visitors Cluj produced good showings in the Champions League this season and the Railwaymen were unlucky to find themselves in the Europa League after beating Manchester United at Old Trafford in the final group game of the round.

Domestically, Cluj are a full 12 points behind leaders Steaua Bucharest in the league and the Romanian champions have not been in competitive action since the 9th December due to the league’s break.

Paulo Sergio is likely to play with a five-man defence in Milan tonight and the Portuguese manager will attempt to keep the Romanian side firmly in the tie going into the second leg.

Cluj have a poor record in the Europa League losing their last five games and the Nerazzurri will need to make the most of their home advantage if they are to progress in this season’s competition.

Napoli’s tussle for the scudetto temporarily takes a back seat, with Viktoria Plzen the visitors to Naples on Thursday.

The Azzurri have been consistent for much of the season and coach Walter Mazzarri has again presided over a dominant home record in Naples.

Striker Edinson Cavani continues to be Napoli’s main threat and the Uruguay international leads the charts in the Europa League this season with seven goals in just five appearances.

Europa League winner Rolando joined from Porto in January and the Portuguese defender could make his debut for Napoli tonight, but Valon Behrami and Paolo Cannavaro are both missing from the squad.

Visitors Viktoria Plzen qualified ahead of Atletico Madrid in Group B, but the Czech Republic side made the most of poor Hapoel Tel Aviv and Academica sides.

Plzen are coming off a winter break in Eastern Europe and have had only three friendly fixtures to prepare for their Europa League clash.

Czech Republic international Vladimir Darida is one to watch out for, but Viktorka’s experienced back-line of David Limbersky, Vaclav Prochazka and Frantisek Rajtoral will be tough to break down.

With Sampdoria the visitors to Naples on the weekend, Mazzarri can afford to name a strong side tonight and the Italian side should take a lead back to the Czech Republic in the return leg.