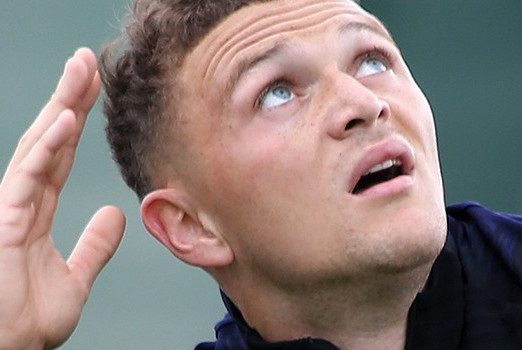 The beginning of the Euro 2020 edges ever closer, with just over three months left until the tournament kicks off in Rome on June 12.

Sportingly Better takes a look at the best value tips for those players looking to make a late dash for the plane this summer.

England manager Gareth Southgate has been increasingly assure of much of the personnel that make up his 23-man squad, but as with a number of England’s historic international selections; confirmation of the final party can usually throw up a few surprises in the Euro 2020 squad betting market.

The Everton striker has been in reinvigorating form in recent months and his form for the Toffees has surely not gone unnoticed by Southgate.

True, Calvert-Lewin is some way of England’s leading strikers in Marcus Rashford and Harry Kane, but both attackers will be still relatively new from injury setbacks this season, which means that the third striker position is one that could be crucial, especially in the opening group stages.

Much of Calvert-Lewin’s competition remains with Chelsea striker Tammy Abraham and after a decent run under Frank Lampard, Abraham has slightly come off the boil in recent weeks, which has coincided with the Blues downturn in recent form.

Calvert-Lewin has been described by his club manager, Carlo Ancelotti, as having the “possibility to be a great striker in England and for England” and with betting odds of 4.50, the Everton forward could yet make the final 23-man squad.

The Atletico Madrid full back may have hefty competition at right back, but at odds of 3.00 the former Spurs and Burnley defender looks to provide at least some value.

Trippier was named in Southgate’s 23-man squad for the World Cup in 2018 and even scored his first goal for England in a 2-1 defeat against Croatia in the tournament.

The Three Lions have an embarrassment of wealth for right back with Trent Alexander-Arnold, Kyle Walker, Aaron Wan-Bissaka and Fikayo Tomori all vying for one of potentially two or maybe three spots.

Unlike the list of right backs above, Trippier’s set-pieces and delivery may be the deciding factor in the selection and given his recent good showing at the last international tournament, Southgate may justifiably opt for Trippier once more.

Whilst much will be made of the creatives James Maddison and Jack Grealish, it’s competition and cover for Southgate’s first-choice double pivot of Jordan Henderson and Declan Rice, which leaves Tottenham midfielder Harry Winks well positioned for a place in the final squad.

The 24-year old midfielder has just six caps for the Three Lions so far, but the central midfielder may well have had more after missing out on the World Cup finals squad due to injury.

Winks scored his first goal for his country last November and Southgate appears to have continued assurance and confidence in the Spurs man.

With odds of just under evens (1.80), the early price of Winks to make the final squad looks well priced.

Although most of England’s travelling party is already decided, there are a few spots that are still up for grabs with some good betting value to be had.

Both Trippier and Winks have been trusted by Southgate before and that assurance looks likely to continue for this summer’s Euro 2020 squad.