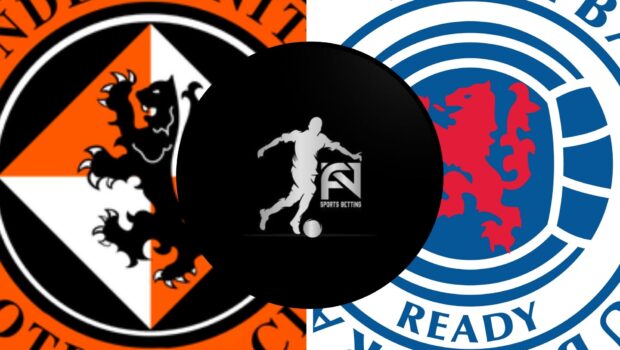 Week two of the Scottish Premiership season is upon us and FN Sports Betting takes a look at betting angles as the defending champion Gers travel to Dundee United.

Rangers take on Dundee Utd who lost 2-0 to Aberdeen on the opening day of the season. They’re under new management this season and this is a massive step up for Thomas Courts whos only previous stint in management was 5 years at Kelty Hearts.

Rangers were without Roofe, Kamara, Aribo, Balogun and Morelos mid week and they’ll look to get minutes in the legs before the return leg of their champions league qualification tie vs Malmo on Tuesday; the calibre of player they have at their disposal is far superior to Dundee Utd and I fancy them to win convincingly.

There is also doubt surrounding the future of Dundee Utd’s key talisman, Lawrence Shankland, who they rely heavily upon for goals.

8 out of the last 10 head to heads have seen Rangers win and over 2.5 goals in the match.

Rangers won 68% of their away games last season, their only blip being one draw.

In 19 away games last season Rangers scored in both halves in 7 of them – the highest % in the league.