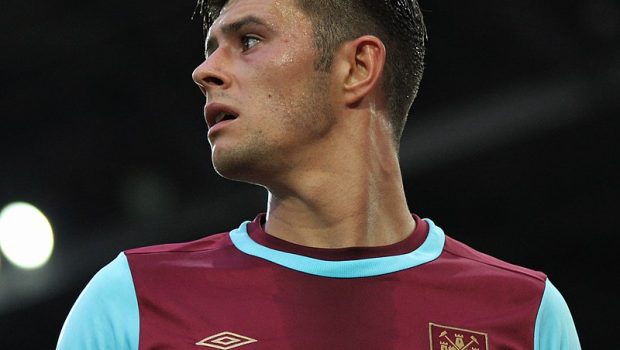 Club Betting – Back West Ham for Another Top Half Finish

A slightly indifferent start to the campaign has seen West Ham begin the new Premier League season with one win, one draw and one defeat.

Sportingly Better takes a look at why the Hammers and their intriguingly assembled squad could kick on this year.

Whilst West Ham have made undoubted improvement under prestigious manager Manuel Pellegrini, the speed at which the club have progressed over the last few years has at least, in part, not matched the demand and the ambitions of the club during that time.

Pellegrini has once again called upon his preferred 4-2-3-1 formation, but it’s the summer arrivals of Pablo Fornals and target man Sebastien Haller that will please the 65-year old the most and give him more robust options in attack.

The Argentinean manager will undoubtedly be excited by his attacking options, but it’s the development of the West Ham youth that may bring the best exuberance to his experienced and largely continental squad.

Whilst a lot of the limelight may focus on England international Declan Rice after a breakthrough campaign last term, the promising midfielder isn’t the only academy prospect who could make an impact this term.

Young midfielder Josh Cullen who spent time at loan at Charlton could play a role, with full back Ben Johnson who made his debut at left back last season, yet another exciting prospect, which will please West Hams fans.

Haller From The Other Side

It didn’t take long for £45 million singing Sebastien Haller to get off the mark, with a brace in a 3-1 victory over Watford at Vicarage Road.

The French forward scored 20 goals in 41 appearances last season for former club Eintracht Frankfurt and if the striker can get closer to that mark again, then that could be a key differential in seeing the Hammers move up through the top half of the table.

Haller’s vision and most importantly hold-up play will be exactly what Pellegrini needs for his lone striker, with a supporting cast of Anrdiy Yarmolenko, Felipe Anderson, Manuel Lanzini and new signing Pablo Fornals providing the support.

Haller’s starting berth may see Mexican forward Javier Hernandez field a familiar role of ‘super sub’, just as he did when coming off the bench for former club Manchester United.

Given the recent departures of both Marko Arnautovic and Andy Carroll, Haller will be a key figure with the Hammers now a bit short in the striker department.

Whilst many West Ham fans will be optimistic of being ‘the best of the rest’ in the Premier League, a seventh placed finish may ultimately fade away again for Hammers fans.

If West Ham are to improve or match their 10th placed finish last term, then a lot will return on the attacking return of new striker Sebastian Haller, but given both the experience of the manager and the ambition of the club still, expect the Hammers to improve on last season’s finish this May.

Recommended Football Tips
Back West Ham for a top half finish @1.90