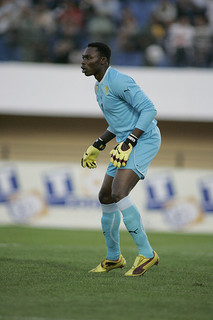 The Champions League group stages reach a conclusion this week, as teams clamour to seal their passage into the next round.

Group E is finely poised with Shakhtar, Juventus and Chelsea all in contention for qualification, but the European champions must win to have any hope of reaching the latter stages of this year’s competition.

Over in Group G, Scottish side Celtic have a remarkable chance of reaching the last 16 as they go into Matchday six level on points with Benfica. Neil Lennon’s side host Spartak Moscow, whilst Benfica visit Catalan giants Barcelona at the Nou Camp.

Elsewhere Cluj and Galatasaray will both be hoping to secure qualification in Group H. Cluj travel to Old Trafford to take on group winners Manchester United, whilst Galatasaray make the trip to Portugal, taking on Sporting Braga.

With many teams resting and rotating their line-ups, Sportingly Better picks out the best Champions League predictions this week including a selection from Spain.

Arguably the most surprise package in European football has been Spanish side Malaga.

Los Boquerones are unbeaten during qualifiation and the Andalusians have topped Group C despite the presence of more fancied sides; Zenit St Petersburg and AC Milan.

Manuel Pellegrini has had to deal with a number of departures over the summer but the emergence of 20-year old Isco has been a revelation this season, with the Spanish midfielder having already caught the eye of English champions Manchester City.

With domestic form lagging, Pellegrini may choose to bring in a number of fringe players for Tuesday night’s encounter including Duda and Roque Santa Cruz. Martin Demichellis is suspended and goalkeeper Willy Caballero picked up a knock against Getafe at the weekend, so Carlos Kameni may get a rare chance between the sticks.

Malaga have a strong record on home soil and have only conceded one goal at La Rosaleda in seven European matches.

Visitors Anderlecht are flying in the Belgian Pro League, but their adventure in the Champions League has been less than impressive.

Anderlecht have been far from prolific scorers on the European stage and the Belgium outfit have fired in fewer shots on target (7) than any other side in the competition. The Purple and White have managed just two goals in Europe, although Dieudonné Mbokani’s first half goal did give Anderlecht a 1-0 win over Zenit in November.

John van den Brom has almost a complete squad to choose from, but Anderlecht’s record away from home in the Champions League is alarming with just one win in their last 20 away games.

Malaga are undefeated in their last seven matches in the Champions League and with Isco continuing to excel in midfield, that run of form should continue tonight.

All eyes will be on the Manchester derby this weekend, but the Red Devils first face a tricky tie against Cluj in the Champions League on Wednesday.

Sir Alex Ferguson will once again field a heavily changed side having already qualified as group winners, meaning Buttner, Powell, Welbeck, Hernandez and Jones are all expected to start.

Manchester United have kept just one clean sheet in the Champions League group stages and Ferguson has already expressed his concern at the state of Manchester United’s defending following last weekend’s match against Reading.

Ferguson has already ruled out a return for Nemanja Vidic in this match and the leadership and defensively mentality of the Serbian defender has been sorely missed by the Red Devils.

Visitors Cluj can still qualify for the knockout round,but the Romanian side must better Galatasaray’s result to stand any chance of reaching the last 16.

Cluj have scored in every game in Group H and in Rafael Bastos, Modou Sougou and Rui Pedro, coach Paulo Sergio has a group of experienced forwards who are capable of finding the net.

The Railwaymen sit in sixth place in Liga I, 15 points behind leaders Steaua Bucharest and Sergio’s side look set to trouble the much-maligned Manchester United back-line on Wednesday.