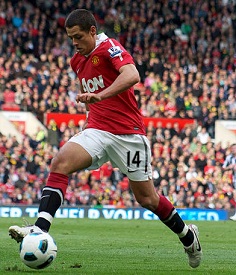 The Capital One Cup semi-finals take centre stage in English football this week, with the Manchester clubs strong favourites to make the final at Wembley next month.

Manchester United will be looking to bounce back from their FA Cup defeat to Swansea last weekend, with a trip to the Stadium of Light in the first of this week’s Capital One Cup semi-finals.

The Red Devils have a number of injury concerns heading into the match, with Rio Ferdinand the latest casualty for the Premier League champions, but Nemanja Vidic, Patrice Evra, Wayne Rooney and Michael Carrick could all return to ease the pressure on under-fire manager David Moyes.

Manchester United remain unbeaten in their last seven games away from home in all competitions and the freedom to play away from the expectations of Old Trafford may be welcome again here.

The visitors were 2-1 victors in the same fixture in the Premier League this season, but the game could have gone the other way had it not been for Adnan Januzaj‘s impact.

Manchester United have beaten Premier League sides Liverpool, Norwich and Stoke en route to the semi-finals, but Gus Poyet’s form for Sunderland in the cup competitions remains dangerous, after knocking out Chelsea in the last round.

Sunderland have not won any of their last 20 games against Manchester United in all competitions, but the visitors poor run of form has given cause for optimism on Wearside.

Gus Poyet’s side have won all five of their home ties in both the Capital One Cup and FA Cup this season, but the fact the Premier League champions have key personnel returning tonight, could see the out-of-form visitors bouncing back in some way.

Manchester City will be seeking to secure a healthy win against Premier League strugglers West Ham on Wednesday, in the first leg of the Capital One Cup semi-final.

The free-scoring Citizens were held to a 1-1 draw against Blackburn Rovers in the FA Cup on Saturday in a much changed side, but Manuel Pellegrini is expected to name a far stronger team for this week’s clash at the Etihad Stadium.

Sergio Aguero has returned to training this week, but Bosnian striker Edin Dzeko remains in good form having scored in all three of Manchester City’s ties in the Capital One Cup this season.

The Citizens have won four of their last five meetings against West Ham in all competitions and the hosts remain overwhelming favourites to record a fifth successive victory against the Hammers at home.

Opponents West Ham were subjected to a 5-0 defeat by Nottingham Forest in the FA Cup this weekend, a result that lead to increased speculation that Sam Allardyce could lose his job, but an open letter by the owners has confirmed their support for their manager, at least for now.

The Hammers club record signing Andy Carroll is nearing a return, but Wednesday’s game will come too soon for the England international.

West Ham have lost four of their last five games in all competitions, conceding 14 goals and the hosts emphatic form at home looks set to continue in the Capital One Cup on Wednesday night.