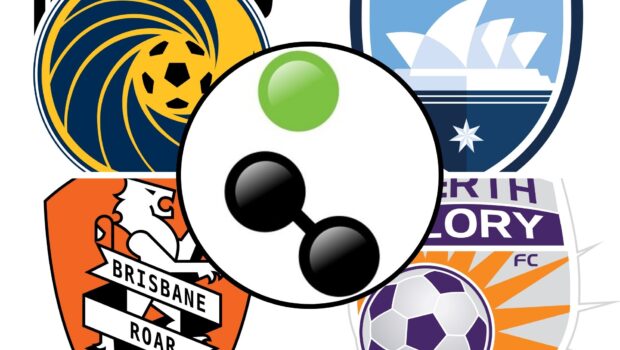 The A-League marches on with another bumper fixture list for matchweek 18.

Sportingly Better previews two games that could impact the top of the ladder as well as the race for playoff spots.

The Mariners have finally relinquished their unlikely hold on top spot.

Their 1-0 loss to Western United in Tasmania was followed by Melbourne City’s 7-0 thumping of Victory in the Melbourne derby, allowing City to move into top spot on the ladder.

Now the Mariners welcome the defending champions Sydney FC who will themselves be looking to leapfrog Central Coast into 2nd spot.

The Sky Blues settled for a 2-2 draw with Adelaide last time out but will feel it was a lost opportunity after leading 2-0 early in the second half.

The incentive is there for each team to get a result in this one and that may lead to a cautious approach from both sides.

It’s not often we oppose goals in the A-League. The average goals per game across the league sits at 3.00 with exactly 300 goals having been scores over the 100 matched played so far.

But that is the angle we approach this game from. Sydney have allowed a league low 16 goals. In fact they’re the only side allowing less than a goal a game. There’s no denying their quality and they know how to shut down the opposition.

The Mariners have shown worrying signs in front of goal in recent weeks. They failed to convert a number of chances last weekend. It was the third time in their last five games where they scored 1 goal or fewer.

Sydney have the better of the recent head-to-head meetings also having won three to the Mariners one with one draw. The last five fixtures have seen unders land three times, further cementing the unders angle.

We like the look of Sydney to hold the Mariners at bay once again on Saturday night.

Brisbane and Perth come into Sunday’s fixture headed in opposite directions.

The Roar have won two on the bounce against top six opponents and are unbeaten in their last four games. They now find themselves just two points off the playoff spots, with three games in hand.

They face a Glory side reeling after a loss at home to Wellington Phoenix, a fixture they traditionally do well in. Perth are now winless in four having picked up a sole point over that stretch and find themselves quickly losing ground on the teams above.

While the advantage would appear to lie with Brisbane, it is Perth who have gotten the better of the recent head-to-heads. In the last five meetings, the Glory have won three with the other two ending even.

This is the type of fixture that can trip you up siding with the home team who, on the face of recent form, should pick up a result. Instead we look to the goals market where we can find favourable odds for overs and both teams to find the back of the net.

BTTS has paid out in six of the last seven Brisbane games and four of the last six for Perth. On the season so far we find BTTS landing in 71% of the combined fixtures for these teams.

Looking at over 2.5 goals, we see a combined 61% hit rate for both teams on the season. Although, this is weighted in favour of Perth who have been involved in games with three or more goals 75% of the time.

With one team finding form and the other struggling, we like the look of both teams scoring or seeing three plus goals on Sunday.