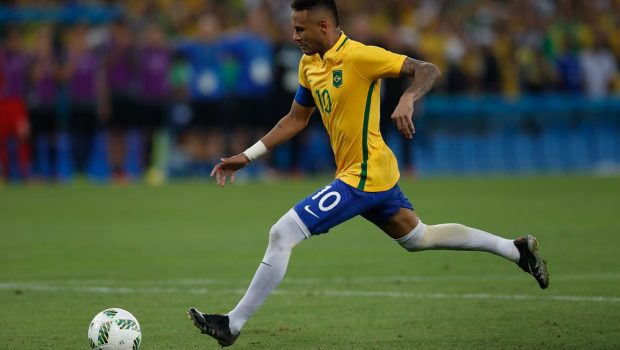 With just over a week to go until the start of the 2018 FIFA World Cup, Sportingly Better takes a look at the best tips from the outright top goalscorer betting market, with Germany’s Thomas Muller well priced as an each way bet.

Brazil’s poster boy Neymar will be eager to build on his stellar reputation on the international stage, with 53-goals scored for the Selecao.

At 0.65 goals per game for Brazil, Neymar’s haul is even more impressive and when you consider that 13 out of the last 16 players who have won the Golden Boot at the World Cup finals have been semi-finalists or better, it really comes as no surprise to see Neymar as the second favourite here.

Brazil’s group opponents in Serbia, Switzerland and Costa Rica may not give Neymar and co as much freedom during the group stages as other leading nations in this competition, so that does somewhat throw the question of value especially given Neymar’s betting odds of 11.00.

Backing Neymar each-way using a bonus code could offer a route to profitability in this market, especially given how Neymar scored four goals in the last edition of the World Cup to finish in the top-three in this market.

Third favourite at betting odds of 13.00, the European Championship Golden Boot winner excelled once again on the European stage, culminating in a fine match-winning display in the Europa League final for Atletico Madrid.

Griezmann scored 19 goals at club level for the Spanish side this season and the club partnership with Diego Costa may point to similar success on the international stage given the strike partnership with Olivier Giroud.

Griezmann will be bidding to be the first French winner of the Golden Boot since 1958 and with Denmark, Peru and Australia making up Les Bleus opponents in Group C, France may well hit their stride early on in this competition.

A former Golden Boot winner alongside Diego Forlan, Wesley Sneijder and David Villa in South Africa four years ago, Muller undoubtedly has the experience and guile to become a firm each-way bet on this market.

The current favourite in the betting market at 10.00, Barcelona legend Lionel Messi carries a less than stellar goalscoring record in international tournament finals.

Messi has scored just five goals in 15 games at the World Cup finals (eight goals in all Copa Americas) and that favouritism will be somewhat concerning given the short price on Messi to win the Golden Boot this time around.

With over 120 caps for Argentina, Messi has scored more goals for his country than any other player and the Barcelona forward will be looking to add to his 32 major domestic honours, with some silverware at last for the South American nation.

Recommended Football Tips
Back Thomas Muller each-way to finish as top goalscorer at the World Cup @34.00