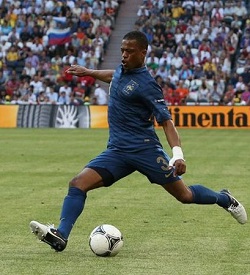 France will be looking to put their disappointing campaign at the 2010 World Cup in South Africa behind them, with Didier Deschamps’ side proving to be popular ‘dark horses’ in the ante-post betting markets.

France had to overturn a 2-0 deficit in the play-offs to make the World Cup finals, after finishing runners up to world champions Spain in qualification.

Les Bleus won five of their eight qualifiers in Europe, but Didier Deschamps’ tactical discipline often led to a more calculated attacking approach, with France having failed to score in 30% of their qualifiers.

Deschamps captained les Bleus to their one and only World Cup triumph in 1998, but lifting the trophy on South American soil as a manager would undoubtedly be a far greater achievement.

The absence of Franck Ribery will be a blow, but the midfield trio of Yohan Cabaye, Paul Pogba and Blaise Matuidi look well balanced and remain perhaps only second to Spain’s central unit on paper.

A favourable draw and route to the quarter finals could leave France (26.00) as a strong back-to-lay option in the outright betting market as les Bleus bid to put their shambolic showing in South Africa behind them.

Switzerland will be heading to Brazil in confident mood, after an unbeaten qualifying record that produced seven wins from 10 matches.

Ottmar Hitzfeld’s side has largely turned to youth since la Nati’s failure to qualify for the European Championships two years ago, with Bundesliga based players Ricardo Rodriguez, Granit Xhaka and Xherdan Shaqiri leading the way.

Switzerland have kept nine clean sheets in their last 15 matches in all competitions and even kept out Brazil last summer. La Nati have incredibly only conceded one goal in their last seven games at the World Cup finals, but a lack of adventure may ultimately hold the European side back.

Ecuador failed to win a single away game in qualifying, but la Tri will need to quickly improve their form away from the altitude of Quitto with the World Cup on the horizon.

A 2-2 draw with England last week highlighted the athleticism and direct attacking play la Tri are capable with at times, with Felipe Caicedo Ecuador’s top scorer in qualification after scoring seven goals in nine games.

Curiously Ecuador have never drawn a game in the World Cup finals (W3, L4) and Reinaldo Rueda’s side remain the most unpredictable side in Group E, despite qualifying fourth in the South American qualifiers.

Honduras will be looking to win their first ever game in the World Cup finals, after playing six games without a victory.

The England v Honduras match on Saturday illustrated the nation’s ability to cope in the heat and humidity, but Honduras will need to improve upon their defensive record in qualification after picking up just two clean sheets through the campaign.

A lack of ability will have to at least be compensated by sheer effort and determination, but the odds of 1.44 on Honduras finishing bottom of Group E may be tempting for some backers during the 2014 World Cup.