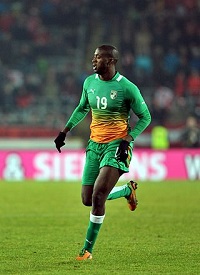 After missing the last three editions of the World Cup, South American side Colombia are the odds-on favourites to top arguably the most open and competitive group at the tournament.

Colombia have only managed to make it out of the group stages once at the World Cup finals in four attempts and the absence of Radamel Falcao could leave the Cafeteros as a side to swerve, despite finishing second in the South American qualifying section.

Jose Pekerman’s side won just three of their nine games in qualifying when Falcao didn’t score, but two goalless draws with World Cup favourites Argentina coupled with a formidable record on the continent does leave the nation with top billing in Group C.

Colombia have forged the best defensive unit in South American football, but the absence of Luis Perea leaves veteran defender Mario Yepes as the likely leader at the back.

Despite the loss of Falcao, Pekerman still has Europa League winner Carlos Bacca and FC Porto’s Jackson Martinez to call upon and after producing a 4-0 victory over Uruguay and a 3-1 victory over Chile in qualifying, the Cafeteros remain the side to beat in Group C.

After suffering two successive ‘Group of Death’ draws at the last two World Cup finals, African side Ivory Coast may quietly fancy their chances this time around.

Former Chelsea forward Salomon Kalou proved to be prolific threat during qualification with five goals and although Wilfried Bony enjoyed a respectable debut campaign in the Premier League, it’s former Champions League winner Didier Drogba that will command the greatest respect in Brazil.

The Elephants have kept just three clean sheets in their last 15 matches in all competitions, so the anchorage of Newcastle’s Cheikh Tiote in midfield will be crucial particularly if the African side are going to allow Yaya Toure the same attacking freedom he enjoyed at Manchester City this season.

In the past two World Cup editions Ivory Coast have scored five goals (2006) and four goals (2010) at the group stages of the tournament and backing the Elephants to score goals in Group C remains the best football betting strategy here.

Having qualified for the last five editions of the World Cup, Japan became the first nation to qualify for the 2014 World Cup in Brazil.

Alberto Zaccheroni’s side have suffered inconsistent form over the last 12 months; losing against Serbia and Belarus, but drawing against the Netherlands and beating Belgium in November.

Last year’s appearance at the 2013 Confederations Cup in Brazil may have acclimatised some of the players to the environment of the World Cup this summer, but the Blue Samurai continue to be weak defensively and have not kept a clean sheet in eight of their last 10 matches in all competitions.

Shinji Okazaki remains Japan’s biggest threat, but Keisuke Honda and Shinji Kagawa also possess the talent to trouble the opposition this time around.

A solid defence remains key for unfancied Greece, who will be looking to improve their record at the World Cup finals.

The rank-outsiders have never gone beyond the group stage of the competition in two World Cup appearances, but just one defeat in 12 qualifying games may give the side the platform to spring a surprise in Brazil.

Greece conceded just six goals through qualification and the command and leadership of Borussia Dortmund defender Sokratis Papasthatopoulos will be key for Fernando Santos’ side here.

Ethniki striker Kostas Mitroglou may look to prove some of the doubters wrong after failing to make an impact at Fulham, but Greece look a side worthy of consideration on the under 2.5 goals market.