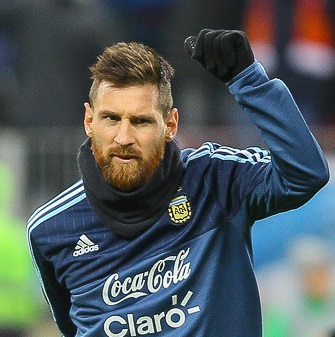 Published on May 21st, 2018 | by Sportingly Better Tipster

With the 2018 FIFA World Cup a little under a month away, Sportingly Better takes a look at the best tips from the group betting markets, with Mo Salah’s Egypt well priced to qualify from Group A.

At betting odds of 2.25, African nation Egypt are well poised to qualify from Group A, a group that contains hosts Russia, Saudi Arabia as well as Uruguay.

Egypt secured their World Cup berth with a 2-1 victory over Congo and this will be the Pharaoh’s first apperance in a World Cup for 28 years.

Hector Cuper’s side can call upon the likes of Mohamed Elneny from Arsenal and defender Ahmed Hegazi from Leicester, but there is arguably no greater focus than that of poster boy Mo Salah who has led Liverpool to the final of the Champions League.

The crunch tie remains against Uruguay on Matchday 1, but if a Salah-inspired Egypt can emerge victorious, expect the odds on the Pharaohs to qualify to fall dramatically.

Back Egypt to qualify from Group A @2.25

Iberian powerhouses Spain and Portugal will be hard to topple, whilst north African side Morocco did not concede a goal during qualification.

Indeed it is Morocco’s first World Cup qualification since 1998, a milestone that Herve Renard and his team will not let pass unnoticed especially given the emerging flair within their side with midfield maestro Hakim Ziyech one to watch after finishing the Eredivisie season with more assists than any other player.

Iran however have never made it past the group stages and the side may struggle to exert themselves against the rest of their opponents in Group B.

Fourth favourites in the outright betting market according to a pph sportsbook site, France remain firmly the team to beat in Group C.

Les Bleus did stutter with some unconvincing results during qualification, with a draw against Luxembourg a particular low point.

Forwards Kylian Mbappe and Antoine Griezmann should give Didier Deschamps’ side plenty of cutting edge throughout the tournament and if France can find the right balance between that and their defensive unit then les Tricolores could go all the way.

Group C opponents Denmark, Peru and Australia on paper should not really trouble France, but fellow European side Denmark, who boast Tottenham midfielder Christian Eriksen seem best of the rest.

The Danes have blended physical prowess with touches of skill and dynamism and that combination from Age Hareide’s side should see the Scandinavian nation side finish as runners up in the group.

Back France to finish 1st and Denmark to finish 2nd in Group C @2.50

An intriguing group on paper with Nigeria, Croatia and Iceland, South American powerhouses Argentina find themselves having quite rightly, the top billing.

Like France, Argentina have struggled during qualification often failing to find a balance and cohesion that their style of play is missing.

Jorge Sampaoli’s biggest task however is to harness the gluttony of attacking talent that sees Sergio Aguero, Paulo Dybala, Angel Di Maria, Gonzalo Higuain and of course Lionel Messi in his ranks.

At betting odds of just 1.61, there is just about enough value on la Albiceleste to finish top of Group D.