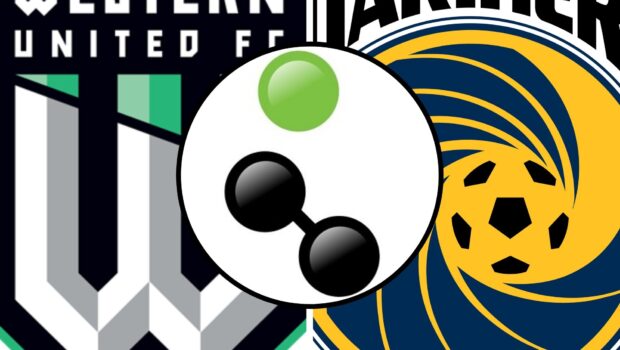 The Mariners remain top of the A-League, continuing to pick up results and hold off the more fancied sides.

A thrilling 2-2 draw with Western Sydney last time out showed their resolve. After leading 1-0 for the majority of the match, the Mariners were unlocked by super-sub Bruce Kamau and found themselves 1-2 down in the space of four minutes deep into the second half. But they were able to regroup and saw Oliver Bozanic hold his nerve from the spot for an 83rd minute equalizer.

Meanwhile, the hosts will still be reeling after conceding a 90th minute winner to bitter rivals Wellington Phoenix on Sunday night. The result was a missed opportunity for Western Utd to make up ground in the top six race. They remain five points back of the final playoff spot, although they do still have three games in hand.

Central Coast edged out the last match between these sides back in February. This will be another important game then, both at the top of the table and in the battle for playoff spots.

As has become the norm in the A-League, we approach this fixture from a goals perspective. Although, it is not as clear cut as taking on the goal line.

The Mariners are the second highest scoring team in the competition with Western Utd sitting middle of the pack. But United have tightened up defensively over recent weeks. Before last week’s loss, Mark Rudan’s side had conceded two goals in a game just twice from their previous six. They managed to hold high-flying Melbourne City to just one goal at the start of the month while ending their six game winning streak in the process.

Central Coast have also seen goals slow down slightly. Three of their last six have produced under 2.5 goals, while five of seven have seen three or fewer. However, digging deeper we find the Mariners have scored two or more goals in nine of their last 11 fixtures. And that is the angle we like with odds slightly under evens.

First half goals have become the norm for the Mariners and looks to offer another good bet at 1.83 odds (bet365). Central Coast have scored in the first half in 10 of their last 12 games and 12 of 16 total on the season. Jump on a favourable 75% hit rate here.

Continuing with the theme of Mariners goals, we can’t look past their ageless striker, Matt Simon. The big man scored last time out and has seven on the season. But, his goals have come in bunches so far. He failed to score in the first five games of the season, before scoring in the next three. That was followed by a goalless game and then scoring again in three straight. Last week’s goal broke a run of three without return and we like Simon to continue his scoring in bunches.