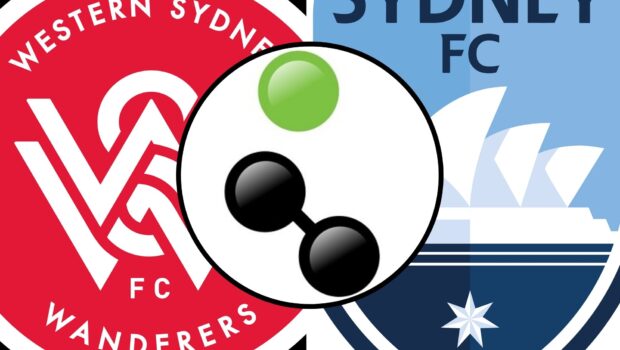 The Sydney derby takes center stage once again for matchweek 19 in the A-League.

Sydney climbed to second on the A-League ladder Tuesday night thanks to a 1-0 win over Melbourne Victory.

The defending champs now turn their attention to the Sydney derby where they’ll be looking to improve on recent head-to-head results and hold onto a place in the top two.

The Wanderers limp into Saturday’s fixture after being battered for 75 minutes in their last match, also against Melbourne Victory. They fell behind 5-1 before three late goals restored some pride for Carl Robinson’s side.

Western Sydney find themselves winless in six and slipping out of the playoff race. Despite their poor run of form, they should have no trouble getting up for a match against their biggest rivals. And the Wanderers have had the better of recent meetings too, unbeaten in the last five derby’s including a draw earlier in the season.

Meanwhile, Sydney come into the derby on a six match unbeaten run and will be boosted by the news that English striker Adam le Fondre is set to rejoin them on a two-and-a-half year deal. Le Fondre was lethal in front of goal during his first stint at the club, scoring 39 goals in 57 games for the Sky Blues as they won back-to-back championships.

All signs point to Sydney tasting success over their rivals for the first time since 2018. However, we can’t discount the possibility of a draw.

Keeping the draw onside is vital in this ever unpredictable A-League season.

Goals For Both Sides

We look to goals for our next angle and the chances of both sides finding the back of the net is appealing.

For the hosts, BTTS is becoming the norm with this bet landing in their last six league matches. On the season, the Wanderers have seen both sides score in 13 of their 19 fixtures, a healthy 68%.

Sydney on the other hand have seen BTTS land in three of their last four and 10 of 19 overall (53%). While the likelihood of both teams finding the back of the net is lower for the defending champs, it is not for their lack of scoring. Sydney have only failed to score four times this season suggesting they will be good for goals come derby day.

With the last two head-to-heads finishing 1-1, it further underpins the BTTS angle and we could easily see the same scoreline again. At 6/1 on the correct score market with Bet365 and Betway, it might be worth a look for longer odds.