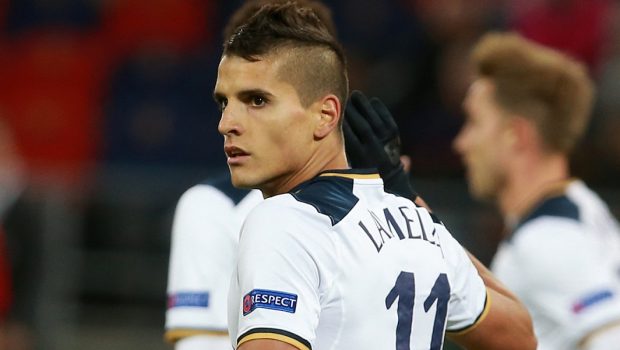 West Ham United host Tottenham Hotspur in a Premier League London derby at the London Stadium on Saturday.  Sportingly Better takes a look at all the best betting angles for this weekend’s match.

Champions League side Spurs travel across the city to face rivals West Ham and maintain their 100% away win record.

Mauricio Pochettino’s side are winless in London in the Premier League so far this season having been beaten 2-1 at home by Chelsea and held by both Burnley (1-1) and Swansea City (0-0).

Spurs have won twice at Wembley though – beating Borussia Dortmund 3-1 in the Champions League and Barnsley 1-0 in the EFL Cup midweek.

However, Tottenham head into Saturday’s match as clear favourites, and rightly so with the quality that Pochettino’s side possess.

The likes of Harry Kane, Christian Eriksen, Dele Alli and Heung-min Son all have the ability to beat the West Ham defence.  This explains why Spurs are as short as 1.60 to pick up the win.  You can find those odds and bet on the Premier League games this weekend over at Betfair.

West Ham will be hosting only their second Premier League game of the season on Saturday and were 2-0 winners here in their last home fixture.

Their 0-0 draw at West Brom last weekend followed up by the 3-0 thrashing of Bolton Wanderers in the EFL Cup on Tuesday means Slaven Bilic’s side have kept three consecutive clean sheets after a woeful defensive start.

Javier Hernandez’s brace versus Southampton back in August makes the former-Manchester United striker the Hammers’ top scorer.  Andre Ayew and Pedro Obiang are the only other players to have scored in the Premier League for Bilic’s side so far this season.

Joe Hart has been under the spotlight ever since he joined from Manchester City over the summer, following his year-long loan at Torino.  After a disastrous start that saw the England number one ship four goals versus Manchester United, three goals each against Southampton and Newcastle, West Ham are starting to improve their performances at the back.

Betfair have also produced this graphic comparing the London Stadium and Wembley Stadium where the two teams will play their home games this season: