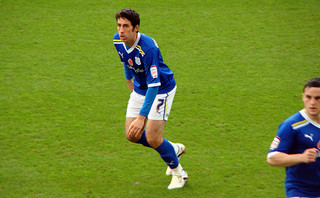 Our football tips for the weekend come from the English Football League, where Championship leaders Cardiff travel to Huddersfield.

Cardiff’s win away at Elland Road last weekend surprised many, but Malky Mackay’s side have been by far and a way the best side in the Championship this season.

An almost ever-present backline including David Marshall, captain Mark Hudson, Andrew Taylor and Matthew Connoly has provided a solid platform for Cardiff to play from and the Bluebirds have kept a clean sheet in five of their last seven matches in the Championship.

Cardiff are on a run of five straight victories on the road and the league leaders go into the weekend as the most in-form side in the division.

Internationals Craig Bellamy, David Marshall, Aron Gunnarsson and Kim Bo-Kyung should all be in contention for the Bluebirds.

Hosts Huddersfield have failed to win 13 of their last 14 matches in the Championship, but the Terriers still sit five points above the drop zone after enjoying a good set of results under former manager Simon Grayson at the beginning of the season.

James Vaughan and Oscar Gobern could return for Huddersfield who will be looking to bounce back from another humbling on the road.

With Watford and Crystal Palace cancelling each other out on Friday night, Championship leaders Cardiff could find themselves wrapping up promotion to the Premier League sooner rather than later.