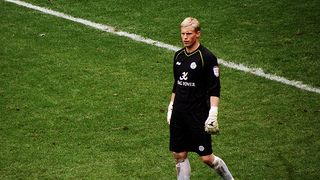 This weekend Sportingly Better takes a look at the English Football League, as the red of Cardiff top the Championship.

Leicester City keep the Bluebirds in close company after winning the same amount of games, with Brighton, Blackpool, Blackburn and Wolves the chasing pack.

Peterborough’s 2-0 win away at Barnsley was not enough to propel Darren Ferguson’s side off the bottom of the table, whilst Birmingham and Bolton continued to slip down the table. Paul Jewell remains under pressure at Ipswich.

Leicester City have won their last four games on the bounce in the Championship and Nigel Pearson’s side remain just a point behind leaders Cardiff.

The Foxes have a 100% record at the King Power Stadium after picking up wins over Hull and Blackpool and Leicester could recall midfielders Ben Marshall and Matty James for the game on Saturday.

Striker David Nugent scored a hat trick in Leicester’s last game at the King Power Stadium, but summer signing Anthony Knockaert produced a match-winning display last time out in a 2-0 win away at Huddersfield.

Opponents Bristol City have not won since a 2-1 win away at bottom club Peterborough, but Derek McInnes’ side are a smart outfit going forward and only Blackpool have scored more goals in the Championship than the Robins.

Bristol City have a good recent record against Leicester, but Nigel Pearson’s side go into Saturday’s match full of confidence and the Foxes should maintain their faultless form at home.