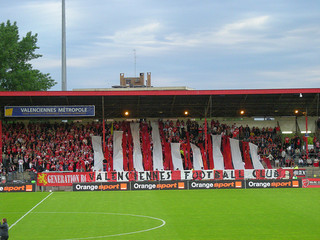 The Bundesliga got underway last night as champions Borussia Dortmund recorded a 2-1 victory over Werder Bremen. In France Lyon are the early pace-setters in Ligue 1, whilst Bordeaux and Marseille have won both their opening games. Big-spending PSG are yet to record a victory.

Over in Spain Barcelona started life under Tito Vilanova in emphatic fashion with a 5-1 win over Real Sociedad, but champions Real Madrid could only manage a 1-1 draw against Valencia. Serie A is back this weekend with Italian football once again shrouded in controversy.

Ajaccio flirted with relegation last season, finishing just three points above the relegation zone. Goals were the main worry for l’ours with just 40 scored throughout the whole season. Joint top goalscorer Ilan has moved to rivals Bastia over the summer as Ajaccio again struggle to find the net.

Just one goal has been scored in Ajaccio‘s two games in Ligue 1 so far, but Alex Dupont has two good results in the bag with a 1-0 win away at Nice followed by a 0-0 draw at the Stade Francois Coty against PSG.

Opponents Valenciennes have similarly seen just one goal in their opening two games with a Rincon own goal giving VA a 1-0 victory over Troyes, followed by a goalless draw against Nice last weekend.

With both sides short on goals and goalscorers, the tip for under 2.5 goals seems a solid selection at the Stade du Hainat this evening.