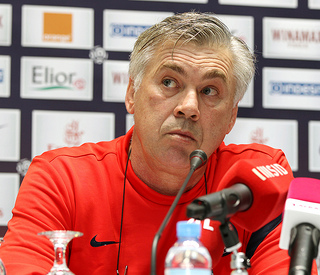 Marseille maintained their 100% record in Ligue 1 last weekend after a narrow 1-0 win away at Nancy, but Lyon, PSG and Bordeaux all kept pace with Elie Baup’s fast starters.

Mario Mandzukic was on the scoresheet again for Bayern Munich in a 3-1 victory over Mainz to make it three wins out of three for Jupp Heynckes, but wins for Borussia Dortmund and Schalke point out the challenge the Bavarian leaders could face this season.

Juventus, Napoli, Lazio and Sampdoria are all yet to drop points, meaning it is as you were in Serie A, whilst Barcelona extended their lead over Real Madrid to eight points after Real’s surprise 1-0 defeat away at Sevilla.

Sportingly Better takes a look at the action this weekend including a tempting selection in France.

There are worrying signs for newly promoted Bastia who dominated Ligue 2 last season. Early wins against Sochaux and Reims led to cautious optimism around Corsica, but three successive defeats has seen Frederic Hantz’s side slip down the table.

Bastia’s inexperienced back-line is starting to get found out all too easily in the top flight, leaving Bastia with the worst defensive record with 12 goals conceded. Saint Etienne’s Sylvain Marchal has been the only notable addition to the defence this season and the visit of PSG should severely test Bastia’s defence at the Stade Armand Cesari on Saturday.

PSG have finally kicked into gear after a slow start, which saw the capital side draw their opening three games in Ligue 1. Victories over Lille and Toulouse have seen Carlo Ancelotti’s side work their way up the table, but the 4-1 victory over Dynamo Kiev on Wednesday in the Champions League was notable.

Zlatan Ibrahimovic believes that the win in Paris serves as a warning for the rest of Europe as well as those in France and the attacking intent of PSG will be worrying for Bastia. Ibrahimovic has scored five of PSG’s six goals in Ligue 1 and the creativity of Javier Pastore should see PSG pick up another valuable win in Le Championnat.

Malaga’s financial meltdown has not led to a similar story on the pitch and coach Manuel Pellegrini has galvanised his squad to an unbeaten start in La Liga winning three of their opening four games.

Former Barcelona and Real Madrid striker Javier Saviola joined the Andalusian side in the final hours on transfer deadline day and the Argentine forward marked his home debut against Levante with a goal and an assist.

Malaga fired a warning shot to Champions League group opponents AC Milan with a 3-0 victory over big spending Zenit St Petersburg  on Tuesday. The match was notable for the contribution and brace of midfielder Isco who at 20 years old is one of the most exciting players of Spain’s new generation.

Athletic Bilbao have made a poor start in La Liga winning just one of their opening four games. Coach Marcelo Bielsa has work to do with Fernando Llorente publically wanting out of the club and Javi Martinez departing for Bayern Munich over the summer.

Los Leones have been conceding goals for fun and have the worst defensive record in the division with a total of 12 goals conceded and goals look likely at the San Mames this weekend.

Four of the last six meetings between the two sides have ended 1-1 and the bet on both teams to score will provide some protection against a similar result.