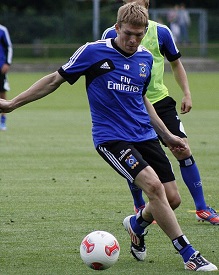 Barcelona begin the defence of their La Liga title this weekend at home to Levante, whilst Real Madrid face Real Betis.

A late Rene Adler error gifted Schalke a share of the points last weekend, but Hamburg did manage to put themselves in front twice on Sunday, despite having fallen behind after the second minute.

Thorsten Fink’s defence looks very questionable at the back, with die Rothosen especially vulnerable from set-pieces; something the visitors may look to capitalise on.

Opponents Hoffenheim will be looking to pick themselves up after letting a two goal lead slip last weekend, as Nurnberg scored twice in three minutes.

Hoffenheim came through a relegation play-off to maintain their position in the Bundesliga last year, but Dietmar Hopp’s bankrolled club should perform slightly better than that this time around.

Hamburg have won five out of their last six matches against Hoffenheim in all competitions and the hosts should be buoyed by their display against Schalke last weekend to record all three points on Saturday.