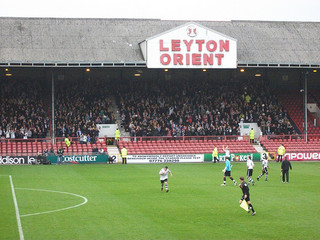 This week we return to the English Football League as Cardiff stretched their lead at the top of the Championship.

The Bluebirds 4-1 win away at Ewood Park said as much about the hosts as it did about Cardiff, but Malky Mackay’s side look increasingly like the team to beat in the Championship. Sheffield Wednesday suffered a sixth straight defeat at the hands of Bristol City who climbed out of the relegation zone. Elsewhere there were wins for promotion hopefuls Hull and Middlesbrough, whilst Charlton and Blackpool extended their unbeaten runs in the division.

Tranmere remained top of League One despite failing to win for the fourth match in a row. Brentford, Bournemouth, Sheffield United and Coventry all continued their recent good runs in the league, but Colchester and Scunthorpe continued their slide down the table. Hartlepool remain cut adrift.

In League Two, Gillingham reaffirmed their league leader status with a 2-1 win away at Rotherham. Cheltenham and Bradford both secured wins, whilst Plymouth gave their survival hopes a massive boost with a 2-0 victory over York.

Our football tips this weekend come from League One as Leyton Orient entertain Scunthorpe.

Kevin Lisbie’s match-winning brace last weekend gave Leyton Orient a 2-0 win away at Bury and the former Jamaica international has now scored five goals in his last three games for the club.

Defender Nathan Clarke has been ruled out for a month with a broken foot, but forward Michael Symes could overcome a hamstring injury.

Visitors Scunthorpe sit in 23rd place in League One and the 2-1 defeat against Bournemouth last weekend left the Iron  without a win in four games.

The expiration of Leon Clarke’s loan was a big blow for Scunthorpe as the Charlton striker had scored 11 of Scunthorpe’s 21 goals. Nathan Ellington has been brought in as a direct replacement, but the striker is a major doubt for this game.

Scunthorpe have conceded two or more goals in six of their last eight games in League One, so the return of defender Paul Reid is a timely boost.

A win on Saturday would haul Leyton Orient towards the brink of the play offs and the O’s should find all three points against a blunt Scunthorpe side this weekend.