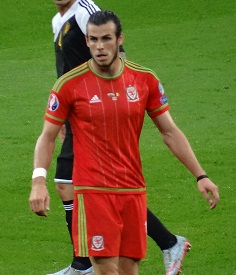 Wales finished the group stage in fine fashion with a thumping 3-0 victory over Russia, whilst Northern Ireland limited Germany to just the one goal, ensuring their goal difference was strong enough to secure a spot in the knockout stages.

Sportingly Better picks out the best bets for this home nation battle, as Wales and Northern Ireland fight it out for a spot in the quarter finals.

Sportingly Better picks out the best bets for this home nation battle, as Wales and Northern Ireland fight it out for a spot in the quarter finals.

After a dominant performance against Russia, Wales will go into this game full of confidence. They created chance after chance and the final scoreline could’ve been even greater had the Welsh finishing been a little more clinical.

Bale was a constant threat throughout, whilst there were other Welsh stars on the night such as Ramsey (goal and an assist) and Allen who were outstanding.

Saturday can’t come soon enough for this Welsh side and will surely test the Northern Irish defence in what will be a very interesting encounter. One man who will be keen to get on the scoresheet is Gareth Bale. Having scored in each of the group games, he is well and truly in the hunt for the golden boot.

Michael McGovern proved to be the hero in Northern Ireland’s final group game as he pulled out some vital saves. In the first half, he faced a German onslaught but limited them to just the single goal.

Germany were unable to build on their lead in the second half and the scoreline was vital in ensuring that Northern Ireland progressed as one of the four best third-placed teams from the group stage.

It’s fantastic to see Northern Ireland make it to the knockout round but they’ll have to be at their best once again to stop Wales. However, there is one thing they can definitely count on and that is that their fans will be cheering them on and singing from the stands.

The Welsh are the favourites for this second round match-up but at 2.00, the bookies aren’t ruling out some sort of upset. There seems to be value in backing Wales to get the job done in normal time.

Northern Ireland will look to stifle the Welsh attack and break on the counter where possible. McGovern is sure to be called into action once more and his performance in goal could be vital if they are to secure a result.

The market is favouring a low-scoring affair with under 2.5 goals trading at 1.36 in the goals markets.

As seen so many times before in Euro 2016 so far, it’ll come down to one side looking to break down a stubborn defence. Chances are sure to fall Wales’ way whilst they attack and it’ll be a case of how clinical their finishing is.

If Wales build from their performance against Russia, Northern Ireland will need to be at their best to progress. Bale will once again be the inspirational figure in the Welsh side and may prove to be unstoppable.