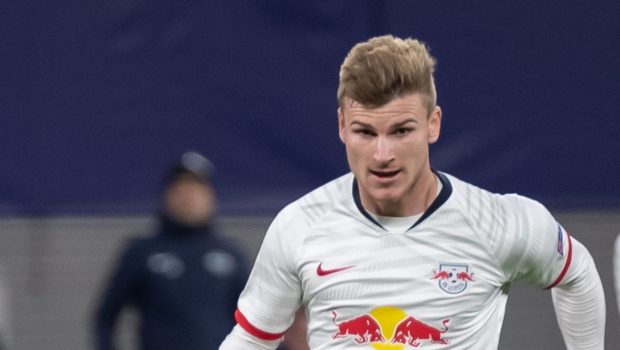 Last season’s Champions League finalists Tottenham host German side Red Bull Leipzig who are making their first appearance in the knockout stages of the competition.

Sportingly Better takes a look at the best betting angles ahead of the last-16 tie in north London a potentially explosive televised encounter between the two sides.

When the Champions League last-16 draw was made last week, Tottenham will have arguably been nervous about who their opponents given their struggles this term.

Spurs could have been drawn against seeded sides such as Barcelona, Juventus, Bayern Munich and PSG, but in the end Tottenham were drawn against Group G winners Red Bull Leipzig; a dangerous outfit nontheless and one that José Mourinho will need to be cautious of.

Leipzig gave some fine performances en route to the knockout stages, including a 2-0 win away at Zenit St. Petersburg, a notoriously difficult place to go.

Domestically Leipzig sit top of the Bundesliga; four points ahead of Bayern picking up 12 wins from 18 matches and losing just twice.

While Leipzig are not an established European force yet, Tottenham cannot afford to take any liberties when the tie gets underway.

Somewhat surprisingly, Tottenham are solid enough favourites (2.05) for the the first leg clash at the Tottenham Hotspur Stadium and looking at the current Champions League betting offers could lead itself to siding with the away side, who sit top of the German top flight.

But Leipzig will fancy the job, especially if they’re being written off as underdogs in the lead-up to the tie. They possess plenty of weapons with which they can hurt Spurs, and the Lilywhites will need to be at their best to get through.

So far, it’s been a remarkable season for RB Leipzig in the Bundesliga. They got off to a strong start early on in the campaign and have maintained their position at the top of the pile, with Bavarian giants Bayern Munich struggling at times to pull themselves more firmly back into the title race.

As it stands, powerhouses Bayern Munich and Borussia Dortmund lie four and five points behind Leipzig respectively and Julian Nagelsmann will be keen to ensure his side don’t become complacent following the winter break.

Leipzig have scored 51 goals, more than any other side in the Bundesliga and even with Mourinho’s likely strategic approach, the German side will likely to fancy their chances of scoring away from home and are priced at 1.30 to find the net in the first leg.

Timo Time and the English Factor

The German side have plenty of quality within their ranks, but it’s coveted forward Timo Werner in particular that will be the focus of the English media when the two sides meet after being linked with runaway Premier League leaders Liverpool.

Werner has quickly forged a reputation as a more than promising striker in European football and he’s been earning his salt this season having struck 23 goals in all competitions.

Striker partner Emil Forsberg is another fine attacking talent at Leipzig’s disposal, with an eye for a goal or an assist, whilst the English contingent of former Everton whizz-kid Ademola Lookman and Chelsea loanee Ethan Ampadu will sure to raise debate around young English talent being used abroad.

The ‘Not So Special’ One?

José Mourinho is of course no stranger to this stage and to this pressure.

The Portuguese manager has twice won this competition with both Porto and Inter Milan and Mourinho will harbour hopes of becoming the first manager to win the Champions League with three different clubs.

Mourinho will be concerned by his start to life in north London with the Lilywhites and the tactician will be well aware of the problems Leipzig can cause them.

Tottenham’s well document struggles, coupled with the absence of talisman Harry Kane leaves the hosts short priced in the first leg at least.

Refreshed from their winter break, Bundesliga leaders RB Leipzig however will be confident of taking the upper hand back to Germany.