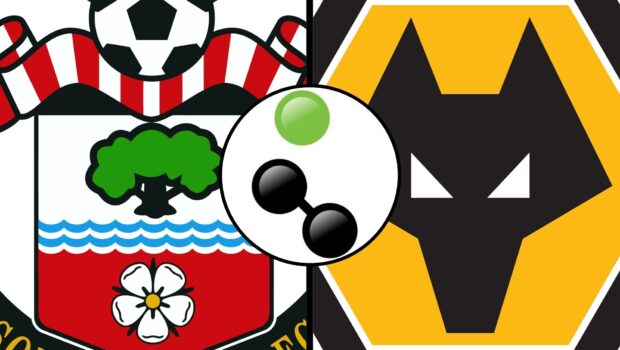 Matchday 6 in the Premier League features some big fixtures, but Sportingly Better looks towards the bottom of the table where goals may be hard to come by.

Southampton welcome Wolves to St. Mary’s Sunday afternoon with both sides struggling to find form to start the season.

Confidence and the home crowd may play a part here, with the Saints coming off a draw away at champions City last weekend. They backed that up midweek with a win on penalties to advance in the league cup, also away from home.

Their opponents meanwhile will be looking for answers having lost at home at the weekend and midweek to bow out of the cup. More frustratingly for Wolves, these results come on the back of picking up their first win of the season two weeks back, finally converting chances in front of goal.

Approach Wolves with caution was our advice last week, and that remains unchanged this weekend. Bruno Lage has managed to get his side creating chances, but it’s hard to see things changing when it comes to converting those chances. Even with the draw on side, it is hard to see a way to back Wolves at this stage.

However, that does not necessarily make Southampton backable either with the south coast side winless so far. Despite their results being arguably more impressive, having held West Ham and Man City to goalless draws across their previous two league fixtures, it is the sudden lack of goals that should have punters hesitant to get behind Ralph Hasenhuttl’s men.

The bookmakers have responded with goals expected to be scarce and the prices shaded towards the unders. After sitting at 2.5 earlier in the week, the goal line has dropped to 2.25. Punters can still receive odds of 1.70 for under 2.5 goals on the alternative asian goal line or 1.72 on the traditional over/under market. Tempting, but not enough to pull the trigger.

Instead, we turn to the No on Both Teams to Score which is offered at 20/21. All five of Wolves fixtures have seen BTTS No land, while as previously pointed out, the Saints have played out two straight nil-all results.

We’re expecting a low scoring encounter, but on the chance one side does find their shooting boots, we can still profit providing their opponent does not.