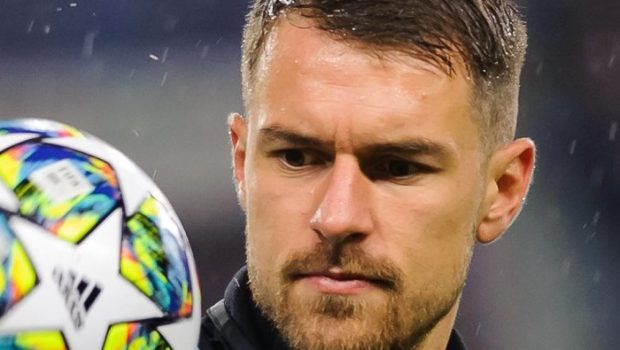 With the Italian top flight currently suspended until further notice due to the Coronavirus, Sportingly Better takes a look at the Serie A title race this year and why siding with the Biancocelesti could produce a big return if the league is to resume.

Juventus may only sit one point clear after 26 matches, but the Biaconeri are priced up at just 1.40 in the outright betting market with 11 rounds still to go.

Those odds will still find backers however, especially from those currently assessing the outright markets as well as bettors looking to use sign-up incentives such as the current Bet9ja bonus.

Maurizio Sarri’s side were excellent in dismantling rivals Inter Milan in a closed-door match betfore the league was suspended, with Aaron Ramsey excelling alongside the recalled Rodrigo Bentacur in a midfield three.

The timing of the break was probably a little unfortunate for Juve, who had been rallying in the weeks leading up to the postponement.

The Turin side have however been often less prolific in attack, despite boasting global superstar Cristiano Ronaldo in their ranks.

Juventus have mustered just 50 goals so far this term and that’s 10 less than challengers Lazio and 20 goals less than fourth placed Atalanta.

As controlled as the Biaconeri are; the betting odds of 1.40 are probably enough to lay.

Second-placed Lazio are an interesting proposition this time round.

The Rome based outfit boast the best defensive record in Serie A and the second-best attacking return in the division, leaving Simone Inzaghi’s side with a +37 goal difference.

Lazio have won 14 of their last 16 matches in Serie A and if the season is to restart and they can carry on that blistering form then the odds currently on offer of 4.50 seem like an increasingly good bet.

The Biancocelesti have one last encounter with Juventus to hopefully fulfil this term, but Inzaghi’s charges will surely not hold the trip to Turn in too much fear, having dominated their meetings twice already this season.

Star striker Ciro Immobile has also outshone Ronaldo in the race for the Capocannoniere and with the Lazio striker sitting six goals ahead of his rival, it’s a challenge that’s surely insurmountable even for a player of Ronaldo’s calibre to overturn.

Juventus’ current trading odds of just 1.40 seems too short given Sarri’s side only benefit a one point lead with 33 points still to potentially play for.

With dominant displays in head-to-head encounters, a blistering run of form and being unencumbered from European football, the odds on Lazio to win the Serie A title look too big not to get on.

Recommended Football Tips
Back Lazio to win Serie A @4.60