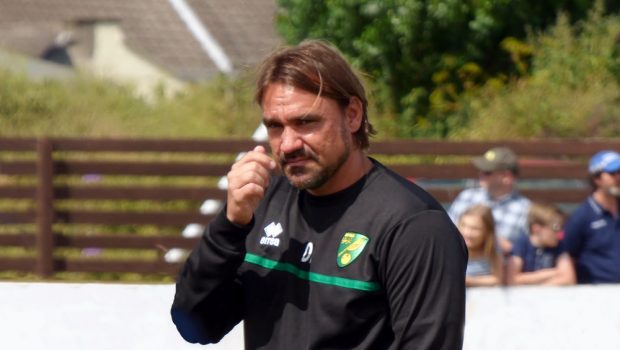 Promotion Betting Tips – Back The Canaries to Fly

Surprise package Norwich sit just one point behind league leaders Leeds in the Championship. Sportingly Better takes a look at the Canaries’ season so far and why there’s value in backing them to secure promotion to the top flight.

Led by German coach Daniel Farke, it has been a remarkable couple of months for the Canaries, after making an inauspicious start to the campaign.

Outplayed for significant periods of their East Anglian derby draw at Ipswich back in early September, Farke’s team has evolved and progressed rapidly over the festive period.

Norwich have embarked on a remarkable run since then and are flying under the top of the Championship tree.

Having sold key playmaker James Maddison to Leicester City in January, as well as Josh Murphy to Cardiff over the summer, Norwich have spent little in the way of the money they have received. Indeed, according to Transfermarkt.com the club have made a net transfer profit of over £32.4 million.

And it’s not just through player sales where Norwich have brought in profit. The Canaries continue to court interest from top sponsors, having recently entered into a shirt sponsorship agreement with iGaming operator LeoVegas, who run popular platforms and household titles like Starburst.

Former Celtic front man Teemu Pukki; signed with little fanfare has scored 12 goals in 18 appearances for the Canaries, whilst the balance of bringing in academy players is also to be commended.

Promotion contenders West Brom, Middlesbrough and Leeds may all be considered to be more fashionable and possess bigger riches than their rivals, but there appears to be little reasoning why Norwich can’t continue to enjoy a hugely enjoyable season under Farke.

Recommended Football Tips
Back Norwich to be promoted @2.00