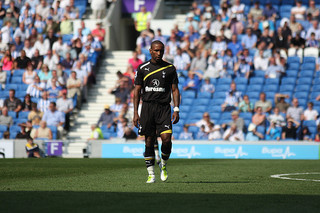 Relegation threatened Aston Villa host Sunderland on Monday night, in a game that could see both sides take a giant step towards Premiership safety. Elsewhere Premier League champions Manchester United travel to Arsenal, with the Gunners still pressing for a top four finish.

Tottenham boosted their Champions League ambitions last weekend with a stunning comeback against Manchester City and the Lilywhites will be targeting another three points on Saturday.

Spurs sit just one point behind fourth-placed Chelsea, with both sides having played 33 games, but Tottenham’s inferior goal difference ensures that no less than a win against Wigan will do.

Tottenham have scored in 15 of their last 16 games away from home in the Premier League and the north London club’s record of nine victories away from White Hart Lane makes for positive reading going into the match.

Tottenham have scored at least two goals in seven of their last eight matches in the Premier League. Back Tottenham to score over 1.5 goals at 1.83.

Jermain Defoe is pushing for a start ahead of Emmanuel Adebayor, after scoring off the bench against Manchester City, whilst winger Aaron Lennon has trained this week and could make the bench.

Opponents Wigan have slipped deeper into the relegation mire following successive defeats to Manchester City and West Ham and time is fast running out for Roberto Martinez to secure another great escape.

Defensive injuries continue to blight the Latics this season, with defender Antolin Alcaraz the latest casualty. Emerson Boyce could move into the back three, with Jean Beausejour filling in at wingback.

Wigan have won their last two games at the DW Stadium, but only one clean sheet at home all season is hardly encouraging, with PFA Player of the Year favourite Gareth Bale coming to town.

A point for either side would not be good enough and with both teams pressing for victory, expect Tottenham to score on the break and secure all three points on Saturday.